But today, we are here to talk about the love affair rumors between Lil Wayne and Nicki Minaj. So, is it true or just false news. Let’s find out.

Nicki and Lil Wayne having an affair?

Looking at all the music videos of Lil Wayne and Nicki Minaj together, which usually is very hot and steamy, suggests that the two of them are more than just two artists working together. You guys have obviously watched the music video of High School. If not here it is.

Well, that video probably made you guys question about their relationship. It isn’t just in that video, these two are seen kissing on multiple other occasions, may it be a live performance or during their public appearance together. That makes us think that they were romantically involved (this is just what we thought).

Despite everything they have done together, both Nicki and Lil Wayne have denied of ever having a love affair. Nicki during MTV First: Nicki Minaj, she opened up about the passionate kiss in the video of High School. The Young Money rapper said,

I'm gonna be a man after this video.' He was just being crazy. But if I didn't tell him 'Yes, you can do this' or 'touch this,' he refused to do it, like he's a southern gentleman, which people don't realize.

Not only is he my boss, but he's also like my brother.

Well, she made it very clear that they didn’t have an affair and the rumors were all false. Nicki also released a single Only in which she clears the rumors about sleeping with Lil Wayne. It looks like Nicki and Lil Wayne are just good friends who really like each other.

Who is Lil Wayne dating?

He was dating singer Christina Milian and they even collaborated on various singles, videos and concert dates. But, they ended their relationship at the end of 2015. 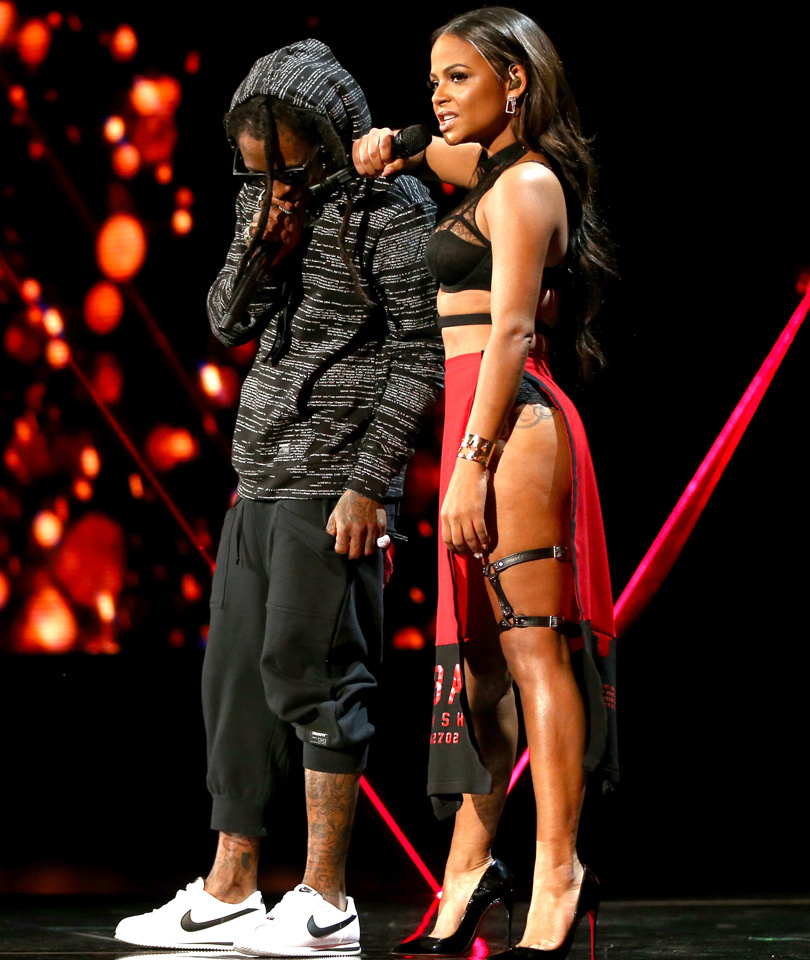 However, Lil Wayne in 2016 dropped a remix to Drake’s Views single Hype in which he spits rhymes that suggest that he has gotten back into the R&B singer’s life. The remix comes off as an apology to Christina.

Christina also dropped a hint during her interview with ">Hot 97 that she still has feelings for Lil Wayne. Well, just have to wait to see if they get back together. Afer his break up with Christina, he got along with his long-term fiancee Dhea Sodano and the father of four, Wayne is expecting his fifth child with Dhea.

Who is Nicki Minaj dating?

This bootylicious R&B singer was reportedly engaged to rapper Meek Mill. They started dating in the early 2015 and were very happy in their relationship. However, their happiness only lasted for 2 years and they split on January 5, 2017. The Superbass singer announced their split via her Twitter account. It seems that Minaj is currently single.

To know more about Nicki and Meek click here.

Well, we just wish them, Lil Wayne and Nicki Minaj all the luck for their future and hope they attain higher heights in their career.

Want to wish them too? Please, leave your opinions in the comment box below.