Niall Horan Is Rumored Dating Hailee Steinfeld, What's The Truth? Their Past Relationships One Direction's band member Niall James Horan, or simply Niall Horan, is a singer and a songwriter.  The Irish singer's debut solo album titled Flicker was released in 2017, and his latest solo single is titled On The Loose. Niall is rumored to be dating American actress and singer Hailee Steinfeld whose debut single was Love Myself. Formally, Hailee dated boyfriend Cameron Smoller.

Both the parties haven't confirmed the heated news at the present but many are convinced that the rumors are true. Moreover, the news of Niall being in a relationship has broken hearts of many of his female fans.

“ Her eyes could burn down the room “ On The Loose . ?? @conormcdphoto

To find out more about the relationship of Niall and Hailee and their other affairs, continue to read below.

The rumors of the two singers being in a relationship began after the pair were spotted enjoying their time together at the Backstreet Boy's concert in Vegas. Afterwards, the pair was also spotted partying at the XS Nightclub in the Wynn hotel joined by some of their friends.

An observer on the club reported,

“They sat together at a stage table taking in Diplo‘s deejay set and sipped on Absolut Elyx cocktails”.

The talented vocalist also wished Steinfeld on her birthday via Instagram with a photo of two and a sweet caption. Some commenters requested the two to date.

Happy birthday to the loveliest person on the planet and one of my best friends @haileesteinfeld . Have no idea what the hell is going on in this photo. Love ya hails

It seems Niall is falling for the beautiful Flashlight singer in Pitch Perfect 2 but Steinfeld is keeping her guard up on the idea of romance.

The two seem to enjoy each others company and refer themselves as best friends but have not officially stated themselves to be a couple.

Past affairs of Niall Horan

The blue-eyed singer had several link-ups in the past but has never officially dated anyone. He has been linked with gorgeous models and singers such as Selena Gomez, Jessica Serfaty, and Ellie Goulding.

Oh it's a laugh a minute with me and Goulding . @elliegoulding . Jingle Ball Boston . @conormcdphoto

In 2016, the Irish vocalist was reported dating Celine Helene Vandycke. The brunette is a Belgian student. The alleged rumor began after Horan was photographed with Celine at British Summertime Festival in Hyde Park. 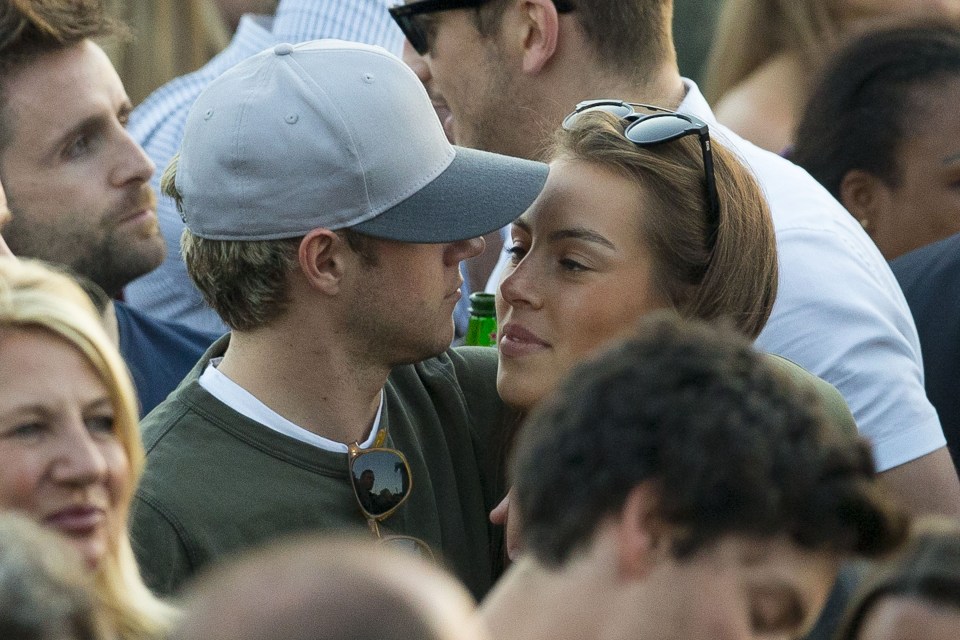 Niall and Celine at British Summertime Festival in Hyde Park

Though neither of them admitted that they were dating, Celine was trolled by Directioners when she shared a pic with her new boyfriend. She even got death threats on Twitter.

Niall and Hailee definitely look great together. We just hope that they will soon admit that they are more than just friends.