Frostsnow https://frostsnow.com/
Home Gossip Net Worth of Actor Colin Jost: He has house in Hither Woods. Know his movies and career

Net Worth of Actor Colin Jost: He has house in Hither Woods. Know his movies and career Actor Colin Jost is a multi-talented personality. He is not only an actor but also a renowned anchor, comedian, screenwriter. He is best known for his work on Saturday Night Live as the co-anchor and writer of ‘Weekend Update’. This talented man has a net worth of $1.5 million and makes $24 thousand per episode of the Night Live.

Let’s find out more about his salary, income, and assets.

In December 2015, Jost bought a house in Hither Woods. He paid $2.149 million for the property. It consists of a beautiful 2600sf house that has four bedrooms and two bathrooms. It stands tall on 1.2 acres of land that consists of an exclusive swimming pool

Jost is such a person who looks great in whatever he wears, be it formal or casual. However, he makes sure to wear perfect clothes. He often dresses in branded casual wears while his formals also look expensive and designer wear suits.

Jost is a Harvard University graduate. Jost became a writer at Saturday Night Live in 2005 soon after graduating. In 2009, he became SNL’s writing supervisor. In 2012, he became the co-head writer.

Jost replaced Seth Meyers and became the co-anchor of Weekend Update. His first episode as host was aired on 1st March 2014. In a Republican presidential debate sketch, Jost appeared as John Kasich.

Maya was so funny as Dilma. I loved being out there to watch her perform from two feet away. She's one of the best to ever do our show. So impressive. Talking about his writing works, his "Shouts and Murmurs" has been posted in The New Yorker magazine, the Huffington Post, the Staten Island Advance, and Radar. He is also the writer of the screenplay of ‘Staten Island Summer’ movie, where he also played a minor role. Jost could also be seen in 2016’s ‘How to be Single’. 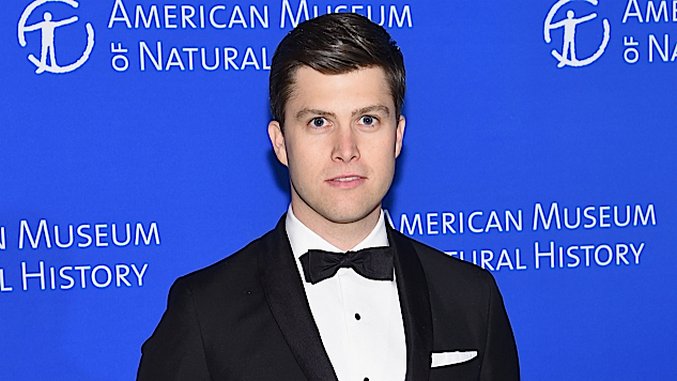 This is how Jost has earned all his net worth.

Talking about his awards and achievements, Jost a five-time nominee of Emmy Awards. In 2009, this amazing personality won a Peabody Award. Similarly, he won three Writers Guild awards in 2007, 2009 and 2010 for his outstanding work on Saturday Night Live. In 2011, Jost was designated as the Breakout Artist by Carolines on Broadway. What do you guys think about Colin Jost? Please leave your opinions in the comment box below.