Frostsnow https://frostsnow.com/
Home Gossip Musician Tommy Lee estimated Net Worth is $70 million. Find out about his Music Career and Awards.

Musician Tommy Lee estimated Net Worth is $70 million. Find out about his Music Career and Awards. Even if you don’t listen to metal songs, Tommy Lee is a name we are all familiar with. He is the founding member of heavy metal band Mötley Crüe which rocked the 80’s with their heavy music. He gained a lot of fans with his drumming and his ability to moon the crowd in every show. With such talent, he has made his net worth around $70 million and he ranks 15th in the list of 30 richest drummers in the world. Now let’s take a peek into his career.

Most of his earning come from his musical career as he has worked with various artists and released a lot of hit music. When he was in Mötley Crüe, they released 20 albums including compilations, studio and live with six of them going platinum.

After his separation from Mötley Crüe, he released 3 solo albums and few of his tracks were featured as a soundtrack. He was also a guest DJ at WXRK ‘K-Rock’ in New York during the Fourth July Monster Metal Meltdown in 2005.

Apart from that he also made an earning from his reality TV show ‘Tommy Lee Goes to College’ and was also one of the producers of the show. Tommy Lee has matched up his rock star image with his branded and customized cars. He owns a yellow Chevy Impala for which he paid $10,000 and spent further $40,000 to customize it. He also owns a black Mustang GT convertible which cost around $30,000. In 2012, he added ‘The Fisker Karma’ to his collection which cost him around $100,000.

If we add all his earnings and assets, we can estimate his net worth to be around $70 million.

Lee was born in Athens, Greece but his family moved to California, one year after his birth. He was keen in drumming from a very early age and got his first ever drum kit when he was a teenager. His music career kicked off in the late 1970’s when he played with his band Suit 19 at the Sunset Strip in Los Angeles.

Lee met his future bandmate Nikki Sixx at that gig and at the time Nikki was forming a theatrical band. He was very impressed by Lee’s drumming and who knew? they would form a band that would rock the 80’s. Mick Mars joined as guitarist and Lee recommended a singer he had met in high school, Vince Neil. They together formed a band called Mötley Crüe.

The band quickly built a strong fan base and released their debut album in 1981. However, after that, the band continued to release a new album on a regular basis and became hit among fans. By late 80’s the band became one of the biggest hard rock bands. In 1999 Lee quit the band and formed another band called the Methods of Mayhem. In the same year, the band released a self-titled album and toured in support of it. Apart from that Lee has done plenty of side projects with artist such as Stuart Hamn, Nine Inch Nail and Rob Zombie. 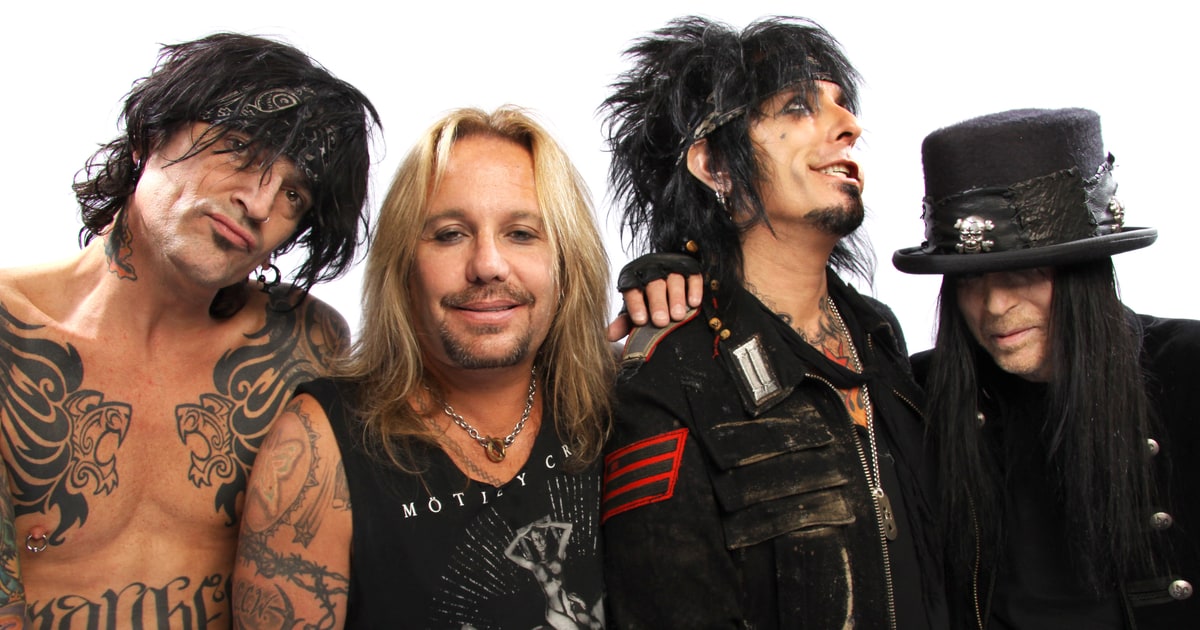 Image: Motley Crue the band that rocked the 80's.

In 2002 he released his solo album ‘Never a Dull Moment' which had a tone of rap metal and electronica. In August of the same year, he formed another band called Rock Star Supernova with ex-members of Metallica and Guns N’ Roses.

In 2006 they started a show titled Rock Star in search of a new vocalist for their band and selected Lukas Rossi as the lead singer for Supernova. By November of 2006, the band released their self-titled debut album Rock Star Supernova.

Lee joined the Smashing Pumpkins to perform drums for their Monuments to an Elegy album. That year he also joined the rest of his Mötley Crüe bandmates for the last tour under that name.

Apart from music, Lee has also starred in a reality show for NBC called 'Tommy Lee Goes to College’. He was part of another reality TV show called ‘Battleground Earth’ which also featured Rapper Ludacris.  And yes, Lee is also a DJ and made his debut on the mainstage at Ultra Music Festival during Winter Music Conference.

However, Lee who dedicated his life to music hasn’t been awarded yet but, there is a possibility of him being inducted into the Rock and Roll Hall of Fame.