The two American celebrities Ezra Koenig and Rashida Jones are revealed as an item earlier this year. The couple is sparking a romantic love affair and looking at their relationship, it seems as if they will definitely take their relationship to next level.

The versatile American personality Ezra Koenig is a popular musician, singer, and songwriter. Besides being involved in music, he is also a radio personality and is the lead vocalist and guitarist of the indie rock band Vampire Weekend.

Meanwhile, his girlfriend Rashida Jones is an  American actress, comic book author, singer-songwriter and producer and is widely known for her role as Ann Perkins on NBC's comedy Parks and Recreation.

The couple's relationship nowadays is a matter of curiosity. Today, we are here with the details of their dating life. Just stay with us.

Ezra Koenig And Rashida Jones Are Confirmed As Boyfriend And Girlfriend

Earlier this year, Ezra Koenig and Rashida Jones were found to be dating each other as they were spotted together getting cozy with each other at the Sundance Film Festival. They didn't shy away from showing PDA. The pair is reportedly dating since last year. They kept their relationship under the wraps for a long time but at the Sundance Film Festival in January 2017, it was evident they were dating.

The 41-year-old actress joined the event with her 33-year-old beloved boyfriend where she promoted her documentary "Hot Girls Wanted: Turned On" which follows the lives of many teenage adult actresses.

She was calling him "baby," and after her interview at the studio, she walked up to him and was hugging him. They were very comfortable together,

The PDA they shared, clearly showed us that Ezra and Rashida are romantically engaged with each other and have a strong bond. Will we hear the wedding bells soon? Probably!

It's almost clear that the pair is in a relationship, however, none of the singers have yet officially confirmed it to the media and public. 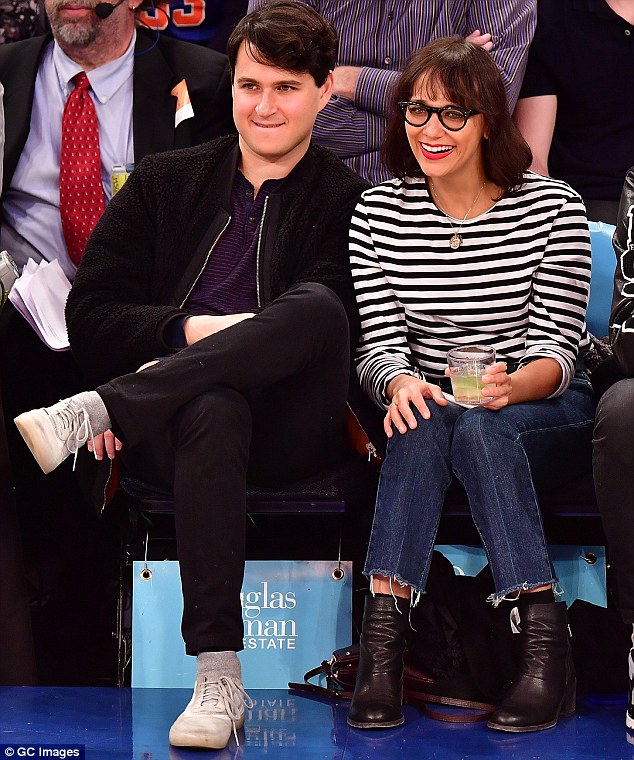 Rashida Jones looks as if she is the first and possibly the last partner of Ezra, however, it is not in the case of the actress. She has a long dating history.

Rashida was even once engaged to a popular music producer Mark Ronson in February 2003. It was the 27th birthday of Rashida when her ex-fiancee popped the question using a custom-made crossword puzzle spelling out "Will you marry me?" However, their relationship didn't last long and they called off their engagement in 2004.

Besides, Rashida dated many high profile celebrities. Here's the list of her ex-boyfriends and the time period she dated them.

Currently, Rashida and Ezra are sparking a romance. We hope in the coming days Ezra's name won't get listed among her Exes. We wish the pair all the very best for their future.