Who might not know one of the renowned pop band One Direction? And the name Zayn Malik will definitely strike to everyone when we say One Direction. Zayn Malik is one of the latest most famed singers. With his intoxicating voice and impressive looks, he makes every girl goes crazy for him.

These days, the former One Direction singer become the center of attraction when news about him borrowing clothes from his new girlfriend Gigi Hadid, who is a famous American model, came in the media.

A few weeks ago, the renowned fashion magazine Vogue claimed that the pair has a “blasé attitude toward gender codes” since they borrow each other’s outfits, however, Vogue apologized for that statement later.

Let's learn this story deeply. Just stay with us.

Must read - Zayn Malik reveals the real reason behind leaving One Direction, and it's far from what you think

A few days back on Friday, Vogue apologized after it came under fire for describing their August 2017 cover stars Zyan Malik and Gigi Hadid as gender fluid. Responding to the backlash, they admitted that they 'missed the mark.'

Vogue had suggested that the straight couple is gender fluid as they sometimes borrow one another's clothing. 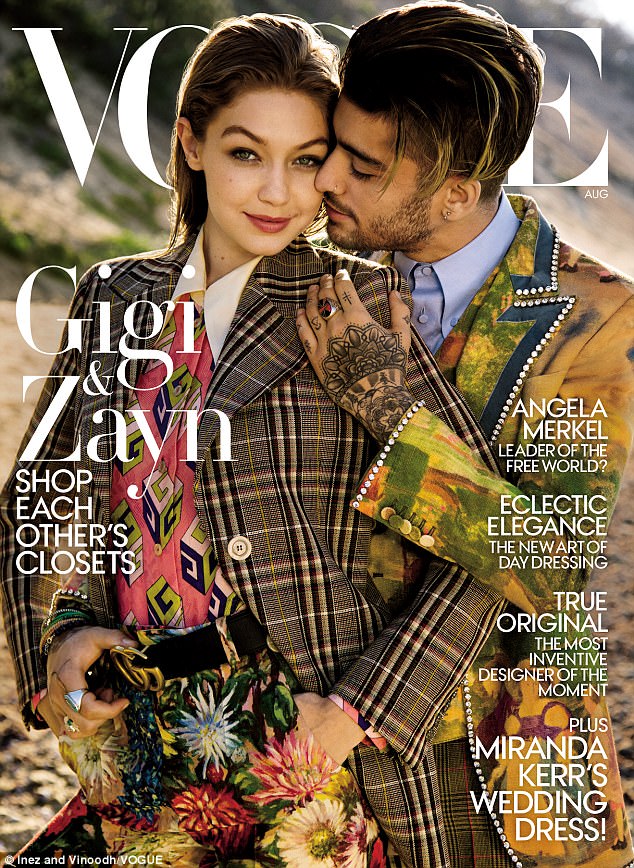 Boyfriend and girlfriend: Zayn Malik and Gigi Hadid on the cover of Vogue magazine

Many of their fans reacted on this matter through a bunch of tweets. Here's one of those tweets. Check it out.

On July 14, a spokeswoman for Vogue told in a statement to BuzzFeed;

The story was intended to highlight the impact the gender-fluid, non-binary communities have had on fashion and culture. We are very sorry the story did not correctly reflect that spirit – we missed the mark. We do look forward to continuing the conversation with greater sensitivity.

Now, let's head towards the dating life of Zyan and Gigi!!

Love Affair And Relationship of Zyan And Gigi: Dating History

The two love birds Zyan Malik and Gigi Hadid are dating each other since November 2015, but they just confirmed their relationship in December 2015, after having a romantic relationship for a month.

The couple reportedly first met at a friend's birthday party and later they run together on the Victoria's Secret Fashion Show in 2015. Regarding their first meeting, Gigi once revealed;

We played it cool for like ten minutes, and then I was like 'You're really cute.' We connected really quickly. We kind of had the same sense of humor and just started sharing videos.

Before dating each other, both the celebrities were in a relationship with their respective partners. Malik was previously dating a popular singer Perrie Edwards. They started an affair in early 2012 and even got engaged eventually in 2013, after sparking a romance for a year.

However, Zaya 4 August 2015, Malik's representative confirmed that they had ended their engagement on 4 August 2015, but none of them ever spoke about their separation.

On the other hand, Gigi Hadid was previously dating a singer, Cody Simpson. They started the affair in November 2013, but, unfortunately, they called off their two two years of relationship in May 2015.

As for now, Zayn and Gigi are having a romantic affair together. We wish them all the very best for their future, and we hope to see them married soon.