Do you know the most important character, Vera Hidalgo in the famous movie Queen Of Swords? Yes! She is none other than the most famous Spanish actress Elsa Pataky. Besides actress, Elsa is also a model and film producer.

Her personal and married life with actor Chris Hemsworth is under scrutiny since 2010, and it doesn't seem to end. Are they happily married or is there any divorce rumors?

Let's find out. Just stay with us.

Let's start with the beginning. Elsa Pataky and Chris Hemsworth first met in 2010. However, the way they first met is still unknown. Was it love at first sight? What do you think? Regarding their first meeting, in one of Chris' interviews, he said;

From the first time we met, we just made sense. She's fun. She's outgoing, and she has a sense of humor and a passionate attitude toward life, which is nice to try to keep up with.

Furthermore, Elsa also revealed that before they first met, she already had a phone call with Chris. In this regards, she said a lovely quote about Chris' voice;

His voice is Amazing! Before I met him, I heard his voice on the phone and that was what I loved. He was probably making it even deeper.

He also has an amazing body, which I think is sexy.

Wow! It sounds amazing, right? Falling in love without seeing each other is a different story.

After three months short period of their affair, the couple made their relationship official. They tied the knot during a vacation on the island of Sumba in Indonesia, around 2010 Christmas, however, Chris is unsure of exactly when their wedding took place.

Just after a couple of years of their marriage, they announced that they were soon becoming parents as Elsa was pregnant with a child.

In 2012, Elsa gave birth to a daughter, and they named her India. Soon after a couple of years, the couple welcomed twin sons named Tristan and Sasha back in 2014. 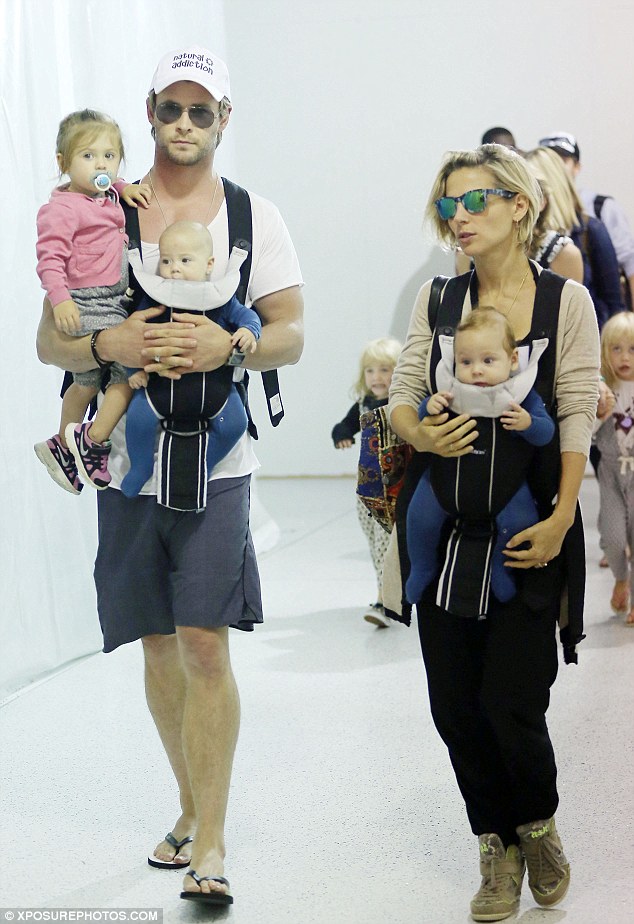 Hemsworth family: Elsa and Chris with their children; a daughter and twin sons

Their marital relationship is going smooth, and the couple is living a happy married life together. However, there once came a rumor regarding their separation or say divorce in 2016. The rumor started swirling when Chris shared an Instagram picture with the Fast and The Furious star wife Elsa with a caption "Looking for a new wife," Check it out.

Looking for a new wife according to @womansdayaus and other misleading outlets! Honey you still love me right?! @elsapatakyconfidential #thanksfortheheadsup

But, later Chris explained that it was just a joke.

We wish this amazing couple all the very best for their future, and we hope they get success in every turn of their life. For more updates, stay connected with Frostsnow.