Michael Carlyle Hall better known as Michael C. Hall is an American actor, best known for his role as Dexter Morgan in the TV series Dexter and as David Fisher in the HBO drama series Six Feet Under. The 47-year-old actor is the survivor of the Hodgkin's lymphoma (a type of cancer), is married thrice and had a divorce twice in his life.

Michael C. Hall, who is active in acting career since 1999, is currently married to his third wife Morgan Macgregor. Want to know more about his married life, past affairs, relationships, and children? Stay with us.

Well, Michael C. Hall's first or we may say the former wife was actress Amy Spanger. The duo got married in 2002 after a year of dating. Amy Spanger is a renowned actress known for the movie Synecdoche and New York.

The couple remained as husband-wife for next 5 years. Their divorce was finalized in 2007. They didn't give birth to any child during their relationship. The two started dating in November 2007 and got married after 1 year in 2008. As reported, the former couple eloped on New Year's Eve 2008 in California and publicly appeared together for the first time as a married couple at the 66th Golden Globe Awards in January 2009.

Their marriage lasted for about 3 years. After 3 years the couple got a divorce in 2011 without sharing a child. Jennifer Carpenter emotionally talked about her divorce with Michael C. Hall at a Dexter Event.

As per E! News, Hall married his third wife Morgan Macgregor on February 29, 2016. Morgan Macgregor is a Canadian writer. Michael met Morgan in 2012 after splitting from his second wife Jenifer Carpenter and started dating by September.

After dating for 3 years, the pair tied the knot. The wedding ceremony was held in New York City. 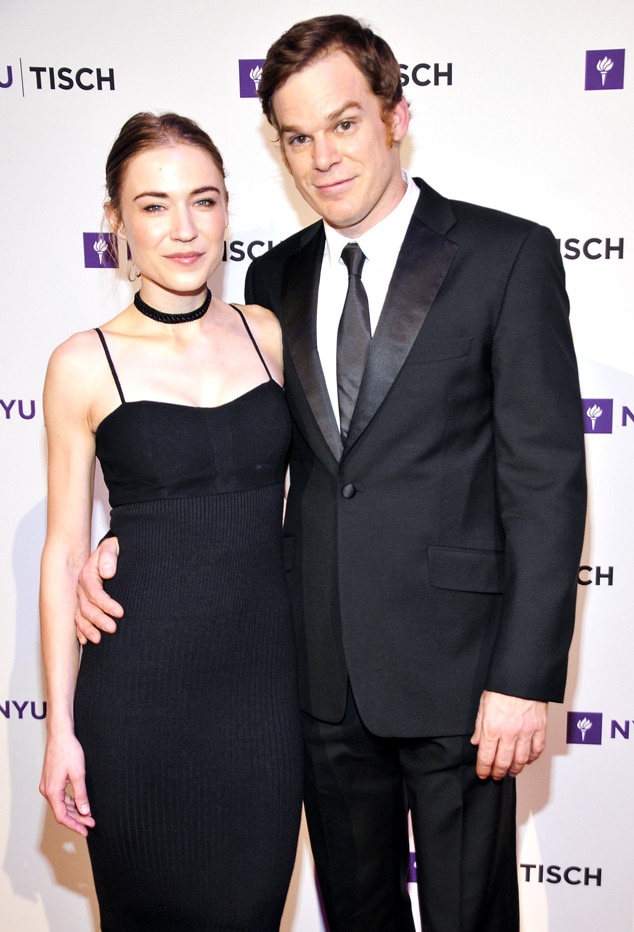 Michael C. Hall is not involved in any affair other than those three girls with whom he got married. However, he is rumored to have dated actress Julia Stiles (2010) and Vanessa Abrue (2011). However, no strong proofs ever emerged.

Well, Hall, the survivor of Hodgkin's lymphoma cancer originated from a specific type of white blood cells called lymphocytes, is living happily with his wife.

The couple is yet to share children of their own. Best wishes to the couple.

Michael C. Hall's agent and the spokesman confirmed that Hall was undergoing treatment for a form of Hodgkin's lymphoma on January 13, 2010. Furthermore, in an interview, Michale told that his father had died from cancer at age 39 while he learned about his cancer at the age of 38.

On April 25, 2010, it was reported that Michael was fully in remission and made his comeback in the series Dexter. As of 2018, Hall is doing great with his work after his successful diagnosis.

We wish him best for the future and wish his life with his spouse to go great.