Martin's girlfriend, now-fiance Roberta revealed the big news to the fans by posting the picture of the ring on Instagram. The ring is a huge chunk of diamond which is the 5 karat emerald cut with the custom design.

According to the couple, Martin had been working with Iconic Jewels Beverly Hills for months in order to create a perfect ring for her. Martin added the initials of their names, M<3 R in the ring band which is spelled out in diamonds. The ring is a perfect piece of art and it shows Martin's love towards his girlfriend Roberta. And according to the TMZ's report, the ring is worth $500,000 but not more than how much Martin's feeling is worth.

Moradfar, who is a nurse practitioner, got proposed by her boyfriend Martin on March 31, 2017. And she mentioned it on her Instagram by posting the pictures of her and her fiance.

Let's have a look at the lovely ring that Martin made for his girlfriend Roberta.

Isn't that the prettiest ring that anyone can ever gift to his fiance? Yes, it is. We bet Roberta didn't think twice after she saw the ring, not that we are saying the ring is only the reason but it helped Martin to express his love towards his girlfriend Roberta.

Also Read: John Cena Proposed Nikki Bella and Engaged, Are they Married? Know about their affairs

Before Roberta, Martin has been married twice. This would be his third marriage and let's hope it becomes his last one.

Martin was married to Miss Virginia USA, Patricia Southall back in 1995. They got divorced in 1997. Martin and his ex-wife Patricia has a daughter. Later in the same year, Lawrence started an affair with Shamicka Gibb with whom he got married in the year 2010. They have two daughters together. The former couple got officially separated on April 2012. 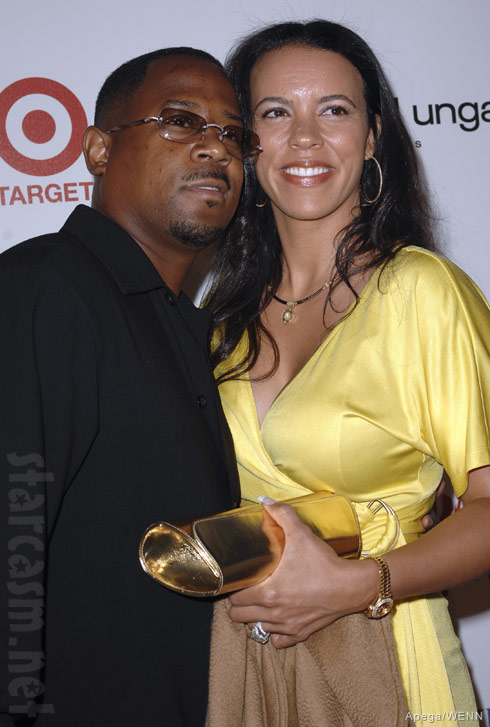 Martin will be starring in the upcoming series of the movie the Bad Boys. And we would love to see his work again the popular movie franchise.

Well, congratulation to both Martin and his fiance Roberta for their successful romance and we would love to hear the news about their marriage.