Fans of BBC series Sherlock are more than excited with the news of Martin Freeman being spotted in Central London shooting for the much awaited season 4 of the series. Although no date has been officially announced for the release, fans all over are more than ecstatic to hear that at least the busy schedules of the actors have been freed enough to begin shooting. The actor, who plays Doctor Watson on the hit drama, has also revealed that he believes the eagerly anticipated fourth season will hit our screens near Christmas and that it will be containing three episodes. 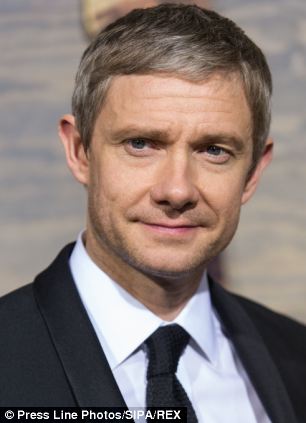 Writers Mark Gatiss and Steven Moffat previously teased: “Whatever else we do, wherever we all go, all roads lead back to Baker Street - and it always feels like coming home…Ghosts of the past are rising in the lives of Sherlock Holmes and John Watson bringing adventure, romance and terror in their wake. This is the story we’ve been telling from the beginning. A story about to reach its climax...”

This has, no doubt, been a fabulous news for the fans worldwide awaiting the release. And it has also been a relief to some as rumors had arisen that Freeman would not make an appearance this season, and their dreams of ever seeing him and Benedict Cumberbatch solving crimes on was on the verge of being tarnished. Dr. Watson and Sherlock are loved as the best couple in the BBC series by their fans although Watson has kept on dating women and even has had a couple of girlfriends throughout the series (although he now has only one - the notorious, yet lovely - Mary Morstan). The shirtless and pantless, so basically naked (covered by a sheet), scene of Sherlock is famous among the fans who love their not-so-gay affair.

According to sources, Freeman has managed to accumulate a net worth estimated at a whopping $15 million and with Sherlock and other new projects on his way, expect that figure to multiply pretty soon.

Freeman has lived with his wife and colleague Amanda Abbington since 2000.