Former beauty queen and African American actress Rebecca King-Crews have been married to the old spice icon, Terry Crews since 1990. Well, it was her second marriage after getting divorced from her first husband and now, it's been over two and a half decades that Rebecca has been a part of every best and worst time with her husband, Terry Crews.

The couple seems to be deep in love with each other and the delighted dad and merry mom have 5 children together, one of which is a step-daughter. They are living a happy married life and as a beautiful family. With such strong bond between the couple, there are no signs of separation. 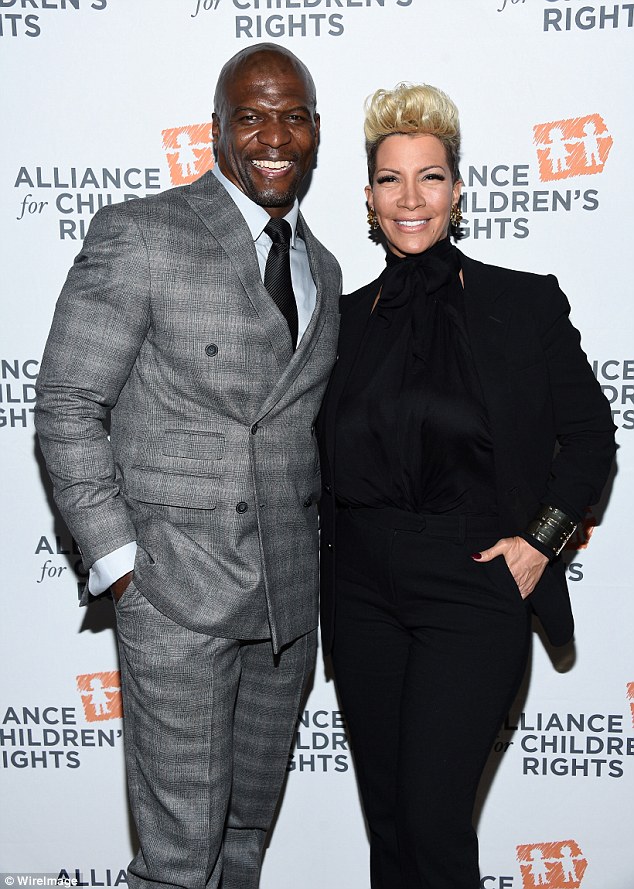 Yes, the couple has five children altogether that ages from 6 to 25. And the couple hasn't stopped yet as they revealed that they are planning to adopt the sixth one. In early 2016, the couple clarified in a mutual statement to U.S magazine saying,

It’s something we discussed back when we were first married,  It was something that I always felt kind of called to do.

I would see ads in magazines, and I would just stare at them like, ‘I’m going to do that one day.

We got to number five and decided we were done making our own. Our joke is we’re going to get one from someone else,

Rebecca tweets about her son graduation and says they grow up too fast. Indeed, time flies. She would have thought about spending a lifetime with her love of her life but would have never imagined they would go this far in their married life. A mission accomplished.

It was revealed that The Family Crews host Rebecca also had a daughter, Naomi in 1989 from her previous marriage, before getting married to Terry. So, it is altogether four daughters and a son at last.

Terry's step-daughter Naomi herself is a mother of a child, who was born coincidentally, making the Crews’ grand-parents. Charles Burton is the father of Crew's step-daughter. 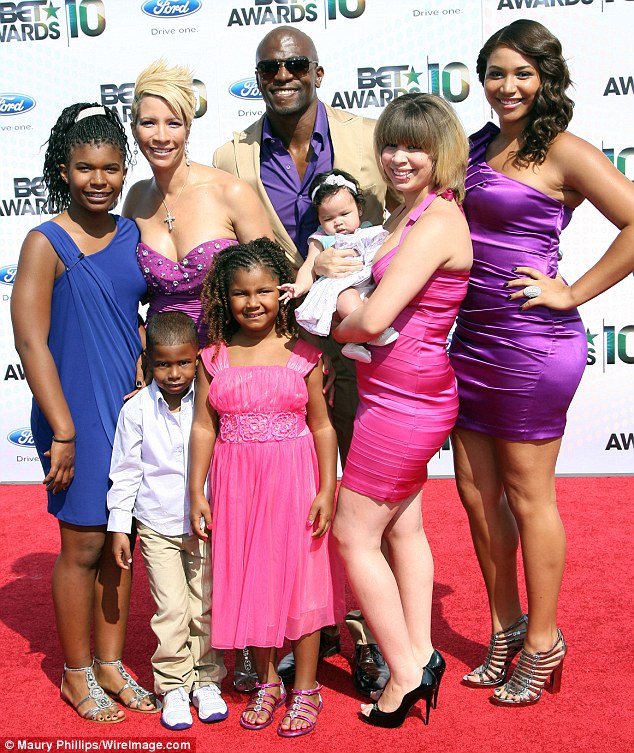 Rebecca King-Crews with her husband, children, and granddaughter

Is Rebecca King-Crews of African-American Ethnicity?

In a tweet dated 9th Nov 2016 she says, "As a biracial woman, mother of black children & daughter of a white man, I pray America will stand 4 righteousness for all. Believers rise." Check this out.

As a biracial woman, mother of black children, & daughter of a White man, I pray America will stand 4 righteousness for all. Believers rise. pic.twitter.com/TVblkUAmay

The married couple for more than two decades, Rebecca and Terry are very proud of each other and despite their skin tone and ethnicity they perfectly compliment each other. And this process is not new, they have been doing this for long.

Terry never shies off when praising about his wife and long-time partner, Rebecca. As a loving husband, he supports his wife and also admits that he gets all the energy and support from his wife. Rebecca even posted a video on her Twitter.

Did REBECCA Continue Her Career After Having a Baby?

After Terry’s retirement from NFL, he decided to begin his acting career and started to work on the show called “Battledome” after which he starred in several movies and television series. This led Rebecca’s career to a halt and made her stay at home looking after her children, but partly she was involved in acting and music career.

More About TERRY and REBECCA

Multi-talented Rebecca King-Crews is an actress, singer, and songwriter, and is renowned as a gospel recording artist. She has been well-known among people for producing her own reality television series, “The Family Crews”. Want to see a young age, Rebecca? She was just seven at this time.

#FlashbackFriday I was 7, and SOOOOOO shy..... pic.twitter.com/cKue3xqLOV

On the other hand, Terry Crews is a legendary American actor best known for his role as Julius in UPN/CW’s television series “Everyone Hates Chris”. He has also been prominent as an American football player from which he retired in 1997. Terry is also known for his painting abilities and has an identity as a sketch artist.

The Crews couple talks about real family issues. Check out the Vid!!

This never-ending love story shall grow forever and we hope they stay together for eternity and if they wish, we don't mind to see their family grow with another sweet little member in their life. 18 Years Suzu Hirose Is Still Single or dating Someone,Know about her Affairs and Dating Rumors