The news of divorces doesn't surprise us at all because it seems to be a trend right now. As the number of marriages increases each year, there is a high possibility of an increase in divorce rate as well. Amid the uncountable number of failed marriage, Mark Cuban and his wife Tiffany Stewart appears to be exceptional.

Cuban has been married to his wife since 2002. Despite the years, their married life is going well. Let's find out interesting facts about their marriage:

The billionaire businessman and investor Mark Cuban’s spouse Tiffany Stewart seems to be a very down-to-earth person. She rose to fame after she started dating the business tycoon and owner of the Dallas Mavericks. Despite being 14 years younger than Mark, Tiffany has proven to be the love of his life. 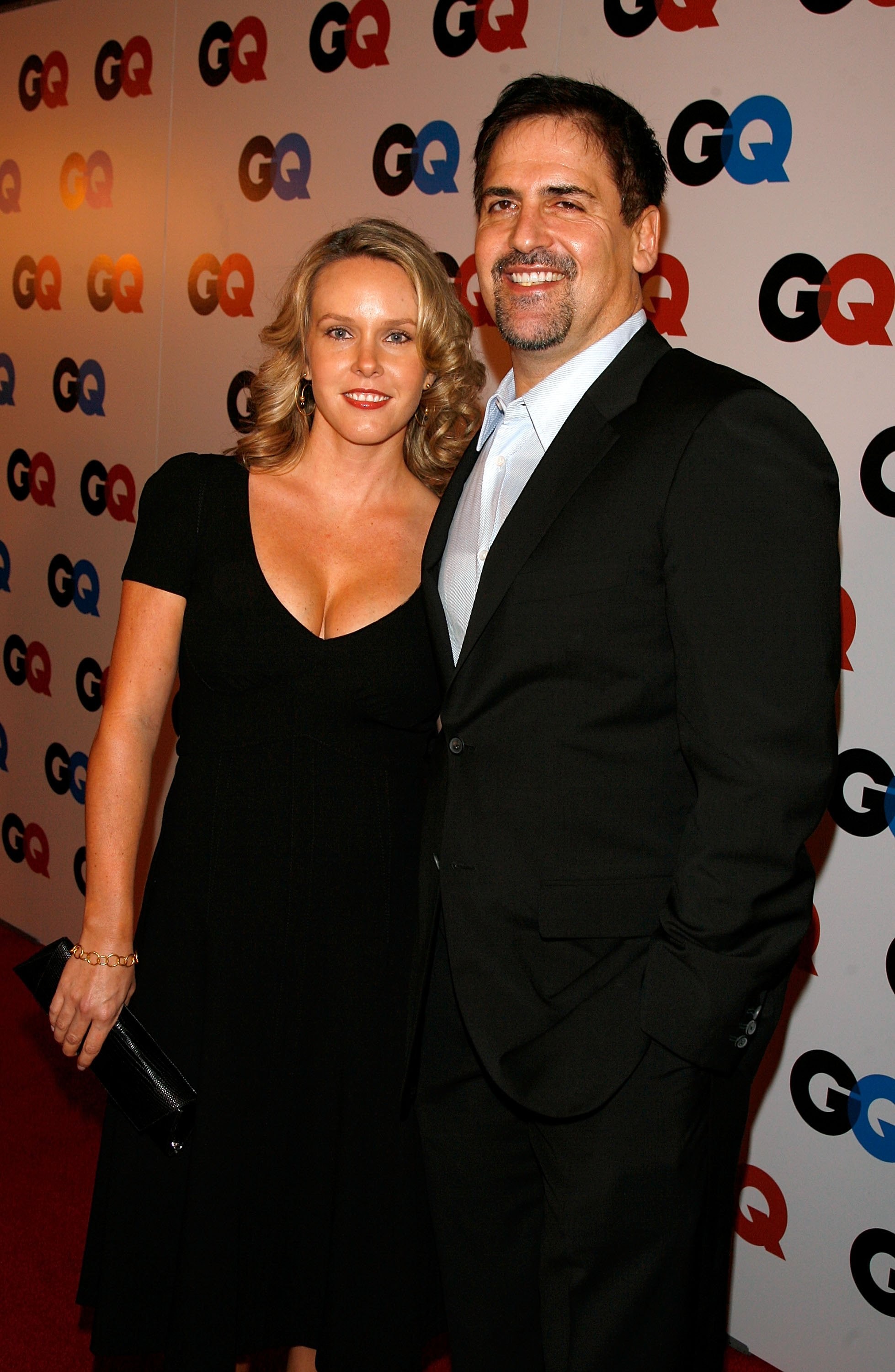 The couple first meeting took place in a gym in 1997. At that time, Stewart was working in the sales department for an advertising company. They both got attracted to each other and started dating. They dated for 5-long-years before getting hitched.

The couple tied the knot in 2002. Their wedding was very low-key and the ceremony was performed in front of just 20 people that included family and friends in Barbados. The wedding was very traditional, simple and elegant.

Mark Cuban with his wife Tiffany Stewart and their kids

Although Cuban is a Billionaire and Tiffany belonged to a middle-class family, she never got aroused and tempted by the posh life. She has always wanted to live a normal life with her husband and kids. Yet, things were quite tough for her in the beginning as it took her some time to adjust in the new billionaire environment and its lavish life.

Watch Mark Cuban Kids and wealth is the 'scariest thing in my life':

As of now, they have already been together for almost 20 years. Together, they welcomed three kids, Alyssa Cuban, Alexis Sofia Cuban and Jake Cuban. The Cuban family appears to be happy and satisfied with their lives.

It is obvious of the couple to get busy in their works and have no time for children, but Cuban says that they try to spend time with their kids as much as possible. He doesn’t want them to get spoiled but become something on their own. The family often spend whole weekends together.

The billionaire couple has always been in love and there are no rumors of any split or dispute between them. They have been married happily since 2002 and are living a happy life along with their kids. Considering their strong bond and relationship, we don’t think they'll ever get a divorce.

We will keep you updated about their relationship. Stay tuned to Frostsnow.