Marisol Maldonado, an American producer for the movies like My Secret Record (2007) and Punk'd (2003) is best known as the wife of the Grammy Award-winning singer Rob Thomas. The couple married for 19 years and even more makes the highlights with their intimate relationship.

As long as I have treats, I am a dog whisperer. #Samy #Ollie @nico_thegriff #doglife #love

Marisol and her Matchbox Twenty lead singer husband's relationship is going smoothly as her husband's professional career. Want to know more about their married life, children and relationship? Scroll down.

As we all have known about the happy married life of Rob and Marisol, the curiosity rises to know how their relationship began, and we are here to answer.

As reported, Rob and Marisol first met via their mutual friends while she was working as a model. The couple's first encounter ended with a casual meeting at an afterparty in Montreal in late 1997.

A special night at the @humanesociety TO THE RESCUE! gala. It was such an honor for our #SidewalkAngelsFoundation to be recognized by such an incredible organization that works tirelessly to confront cruelty and rescue thousands of animals every year. Mari & I are humbled by your recognition. And we are so grateful for all the amazing people who have continued to support our labor of love all these years. #sidewalkangelsfoundation #nyc #humanesocietyoftheunitedstates #adoptdontshop #endanimalcruelty

Both of them fell in love with each other at first sight. However, Marisol was skeptical about dating a rock star and becoming his wife. She also once quoted 'She would not be able to handle it.'

After Rob returned to the USA from tours, Rob and Marisol went on their first date to a music festival in Boston in 1998. Rob once stated:

I knew the second I kissed her that I would never, ever kiss another person.

Thanks to our friends at Samsung for supporting #sidewalkangelsfoundation and so many wonderful charities. Honored to be a part of your special evening. #samsungcharitygala #samsunggives

Meanwhile, Rob had already told Marisol that he wanted to marry her, and after a month her proposed her. They got married after a year of dating on 2nd October 1998. The wedding took place at Serletic's rach in California.

It has been 19 years since the lovely couple got married, and almost 20 years since they first met. Still, the couple is free from the mishaps of divorce.

They can be seen sharing lovely moments together and on the occasion of their 18th anniversary, Rob shared the throwback of their wedding.

On a day of so many sad endings I want to end it with one beautiful beginning. Our wedding day 18 years ago today.

Do Rob and Marisol have any children?

Despite being married for almost two decades, the duo does not have any children together. However, Rob has a son Maison Avery William Thomas from his previous marriage with Karen Alexy, making Marisol his step-mother.

There is not much detail about his previous marriage except that they had a child together. 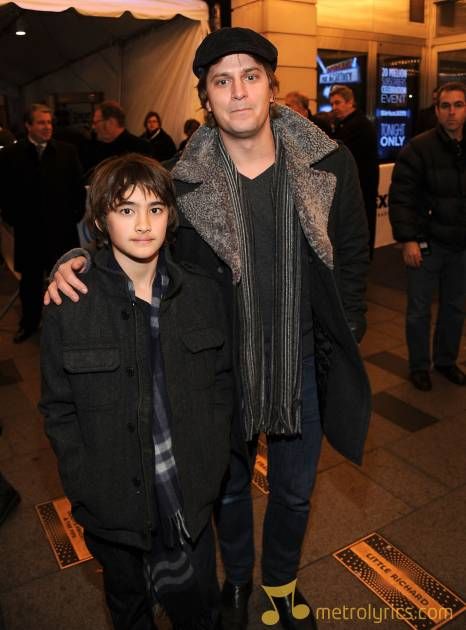 Hopefully, the couple will soon have a child of their own and start growing their family.

As for a fact, Marisol is diagnosed with a 14-year Lyme Disease. Regarding her battle with the disease, her husband Rob told ET in 2017:

It’s like if one day you woke up and there was an alien living in your house and the first couple of weeks you’d be f**king freaked out, but after a while, you’d name it and it would just be there. This sickness has been like this weird alien that’s moved into our life and inhabited my wife. Sometimes she’s just not herself. Watching the person you’re closest to become someone other than herself is so hard.

Though, nothing has ever stood strong enough to scratch the relationship of the couple. Moreover, being a loveable husband and father, Rob is also an active LGBT community supporter.

In 2009,  he wrote a piece on a blog at The Huffington Post in support for legalizing same-sex marriage.

An open mind with a lovable heart. Good wishes to Rob and his family.