The host of Mexican Made Easy, Marcela Valladolid is a renowned chef and author. This talented lady was married to Fausto Gallard, a Mexican politician. However, this couple is no more together, Valladolid, who was once linked to The Great British Bake Off’s Paul Hollywood, is engaged to Philip D. Button at present.

Since her divorce, Marcela Valladolid was seen with Philip D. Button. The article deals with the divorce and the current relationship of Marcela:

“Some of the family knew they had been through a rocky period, but we thought that was a past. They have kept it quiet.”

Besides, Fausto, Marcela Valladolid was indulged in several other relationships in the past.

After her divorce, Marcela Valladolid had been linked with Paul Hollywood. According to reports, Hollywood’s marriage broke due to his closeness with Valladolid. He had been married to his wife Alexandra for 15 years.

However, neither Marcela Valladolid nor Hollywood accepted that they were dating. In fact, they didn’t even speak anything about the rumor. 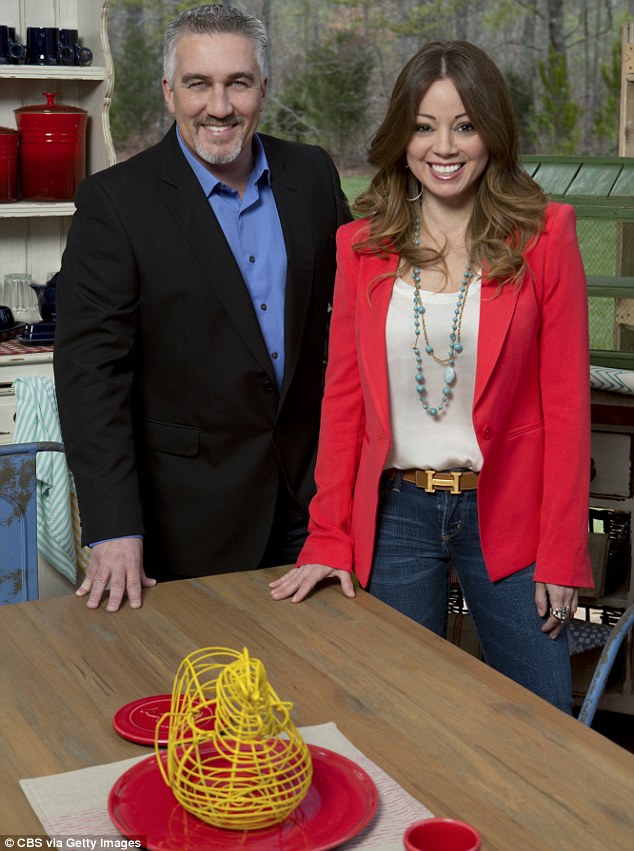 A source close to them said, “Marcela loved his Scouse charm and he thought she was gorgeous and talented - the perfect package. During filming, they got very close and count each other as close friends

At present, Valladolid is in a relationship with Philip D. Button. They are engaged and yet to tie the knot. However, it seems like they do not need marriage to stay happy. On 9th April 2014, Valladolid gave birth to a baby boy. She announced her second pregnancy by sharing a heartwarming sonogram picture on her Instagram account.

Similarly, Marcela Valladolid gave birth to her third child, a daughter on 5th December 2016 with her fiancée Philip D.Button. Her daughter Anna Carina Button Valladolid weighed 6lbs., 20z. at the time of her birth.

In an interview with PEOPLE, Marcela Valladolid said, “Grateful to God and my family for our perfect baby girl that came to complete our family just in time for Christmas. Anna is strong and a fighter and her older brothers, dad, and mom are absolutely in love with her.”

I met a warrior on Monday... Anna Carina Button-Valladolid is here... and she's perfect... Much love my friends, thank you for the kind words??

Marcela Valladolid and her fiancée Philip D. Button’s relationship seems to be going really at present. There is no rumor of break up between them. We hope to hear the news of Valladolid and Button’s wedding really soon.