We often hear celebrity couples calling it quit such as Ben Affleck and Jennifer Garner, Gwen Stefani and Gavin Rossdale, and Halle Berry and Olivier Martinez to name a few pair who ended their wedding in past years. In such condition, it’s rare to find celebrity pair who are sticking to their partners since the very beginning. However, it’s not impossible.

The new release Logan’s superstar Hugh Jackman is married to his wife Deborra-Lee Furness for more than 20 years. Recently, rumors about Jackman and Furness’ relationship was flying around, which claimed that the pair was living separately. However, it’s false and baseless. Read the full story:

After an Australian magazine reported that the Logan star and his wife are living separate lives, a lot of people were shocked as the pair was regarded as a power couple. A close source also added that Jackman has been spending a lot of time away from Furness and neither of them seems to mind. 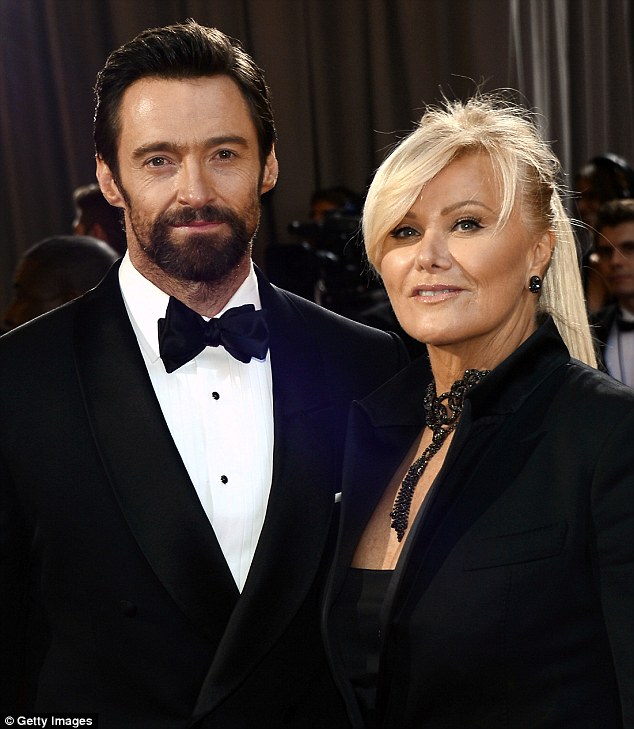 Regardless of what rumors said, Jackman address it through his rep who revealed that the story is 100% ‘fabricated’.

Jackman first met Furness on the set of ‘Correlli’ in 1995. He instantly had a crush on her. He revealed his feelings for her when he invited her along with some friends to a dinner party. Jackman recalls the incident and says: Jackman proposed her with a Sanskrit slogan, ‘Om paramar mainamar’, encrypted ring. The encryption meant "we dedicate our union to a greater source"

Jackman and Furness tied the knot on 11th April 1996 at St. John's in Toorak, Melbourne. Jackman revealed his feelings in The Ellen DeGeneres Show and said that his relationship with his wife gets better with each passing day. He even designated her as the greatest thing ever happened to him. Image: Hugh Jackman and Deborra-Lee Furness with a lady during their wedding

When asked about the secret behind two-decade-long marriage, he says: "Have a go. The other one, the most important one, is drummed into me every day, couple Happy wife, happy life. That's the slogan”

Happy birthday @deborralee ! I love you with all my heart.

Thus the rumor about Jackman and Furness living separately appears to be fake. The pair seems to be going great in their marriage with two adopted kids, Oscar and Ava without any divorce rumor. We believe a lot of couples should learn a lesson from them.