Lisa Jo Gottsegen, currently known as Lisa Hoffman is an American businessman. She is best known as the founder of Lisa Hoffman Beauty, and she is also the president of the company. Lisa, who owns a bachelor's degree in psychology from the University of Colorado released her first line of beauty products in 2007. The products were released under the same brand name, Lisa Hoffman Beauty.

Her company currently specializes in cosmetic products. Moreover, in 2008, her company was ranked in Beauty's Top 40 by Redbook magazine. In the same year, she also won an Allure Best of Beauty Award followed by another one in 2009. Moreover, in 2009, the company won two nominations for the Top Five FiFi Finalist. In 2012, her company was nominated for another two award for their Fine Fragrance Jewelry collection and fragrance tools. There are many other awards for which the company has been nominated. In 2015, it also won an ICMAD Award for their Brazilian Begonia Fragrance Bracelet.

Today’s Lisa Hoffman Trunk Show at @stanleykorshak has been nothing short of exquisite The team, the atmosphere, the eye candy, all of the lovely people of Dallas stopping in...we couldn’t be happier. Swipe to see pics #stanleykorshak #dallas #lisahoffman #fragrancejewelry #trunkshow #finefragrance #jewelry #houseofwaris

Lisa is one of the most hardworking women in the beauty industry and her hard work has certainly paid off. So, today we are going to take a good look at the personal life of the businesswoman, Lisa Hoffman. The pair started dating in 1979. They dated for a year and got married on 21st October 1980. The details about where their marriage took place or who attended the ceremony is unknown.

Lisa Hoffman's past relationships and affairs

Before getting married to Dustin, Lisa Hoffman has not been reported to have gotten married. There are also no reports of her having an affair beforehand.

But it is not the same for her husband of 38 years, Dustin. Dustin, who has an estimated net worth of $50 million was previously married to American actress Anne Byrne. The started dating in 1969 and got married a few months later on 4th May 1969. They were married for 11 years until they decided to call it quit in October 1980. 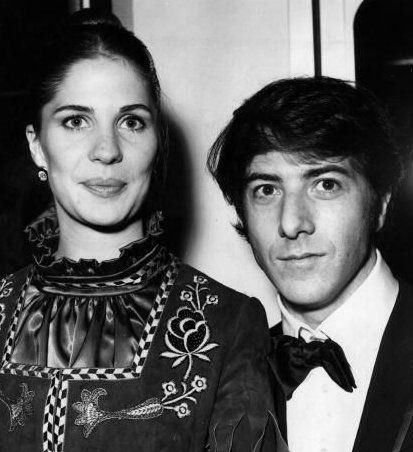 Together, they have two children. He adopted Byrne's first daughter from her previous marriage with Karina. Together, they gave birth to Jenna on 15th October 1970. She is currently 47-years-old.

Recently, Dustin has been accused of numerous counts of sexual assaults. Know more about it.