Lindsay Lohan; once engaged to Egor Tarabasov is now with boyfriend Dennis Papageorgiou 'Mean Girls' star, Lindsay Dee Lohan is 30 years old beautiful American actress, singer, model, director and also a producer. She is the daughter of former Wall Street Trader, Michael Lohan and former singer and dancer Dina. Aliana Taylor Lohan known as Ali is her younger sibling and she is a fashion model. Lindsay got interested in modeling in her childhood and got involved in modeling career at the age of 3. She worked with Ford Models, Calvin Klein kids, and Abercrombie and has appeared in more than 60 television ads. She was once sentenced to jail for the charge of theft of an expensive jewel.

Lindsay Lohan's personal life has always been a matter of interest for everybody. Sometimes about her sexual orientation, sometimes her engagement and sometimes about her dating rumors, Lindsay is always in the air. Previously she has been linked with many male and female celebrities. Lindsay was once engaged with Wilmer Valderrama in 2004 but she called off her engagement due to some personal issue. Lindsay was engaged to Egor Tarabasov in April 2016. Are Lindsay and Egor still engaged? Read the full article to known about it.

And Also: Kate Bosworth and Lindsay rumored to be lesbian lovers

Are Lindsay Lohan and Egor Tarabasov still engaged? If not what is the reason behind it?

Lindsay and Egor met for the first time in October of 2015 and started dating each other. Egor is a successful Russian businessman and is the owner of big transport business organization. Lindsay and Egor got engaged in April of 2016 after dating each other for more than 5 months. After the engagement, these couples were caught frequently fighting and quarreling in the public. It is believed that Lindsay had to call off the engagement because of the physically abusing behavior by her fiance.

Lindsay Lohan has the unbelievable long list of past affairs and lovers. Though Lindsay has confirmed that she is straight but has been linked with both male and female celebrities. In her late 20's she was frequently seen with several men in different places. On 2014 Lindsay stated her best-known lovers list to be total 36. Some of her famous relationships from her list are Gavin Doyle, Calum Best, Robbie Williams, Aaron Carter, Bruce Wilis, Jamie Burke and much more. Lindsay is also been in the lesbian relationship with the famous British actress Lady Victoria Hervey. Caption: Lindsay Lohan and Lady Victoria spending their holidays together.

The actress never leaves any end closed! She first dated the Russian business enigma and was caught quarreling in public places. Lindsey again surprised her fans with her loud relationship with Dennis Papageorgiou after the break up with Egor and referred him to be the man who saved her from such an ugly relationship. Actress well known as a famous Disney child actress in recent days is known more for her dating life, and unhealthy lifestyle. The actress can pull all of the media attention towards her which is a good thing but for all the wrong reasons. 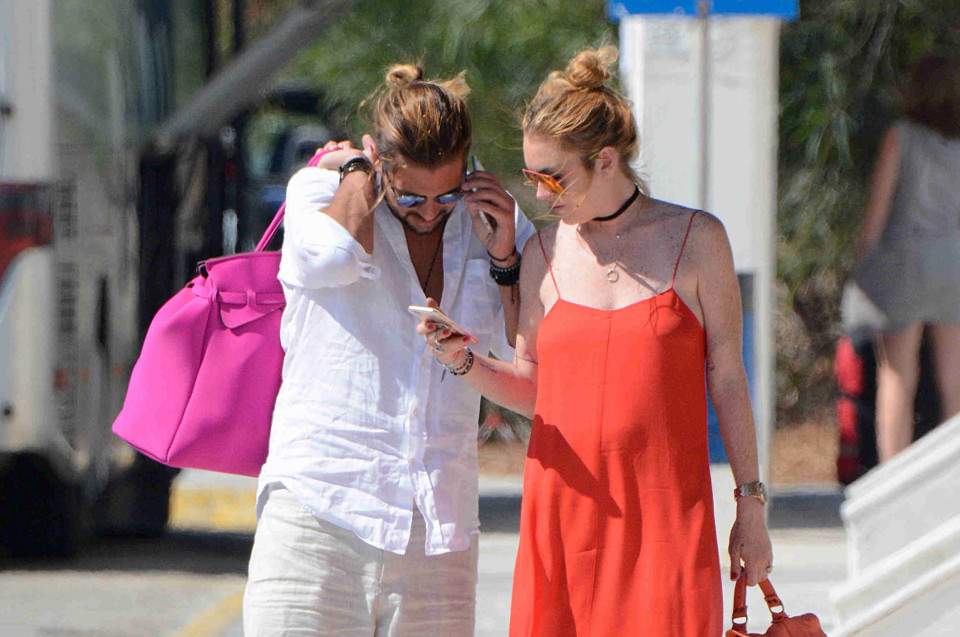