Lindsay Ann Czarniak is an American born sportscaster and reporter best known for her work as a reporter in ESPN's SportsCenter. She joined ESPN in 2011, and prior to it, she worked for NBC owned station WRC-TV. Moreover, in 2009, she also worked with NBC Sports as a reporter and host during the Summer Olympics which was held in Beijing, China. At TNT, she served as a studio host on NASCAR Sprint Cup Series and reporter on The George Michael Sports Machine.

Know more about her net worth and earnings

Born on 7th November 1977, Lindsay is currently 40-years-old and is now married to her husband, Craig Melvin. Together, the pair has two children.

Here, we are going to share some information about Lindsay's married life with husband Craig Melvin, their children, and past affairs.

Lindsay Carniak is currently married to her husband Craig Melvin, who is an American journalist and reporter best known for his work with NBC.

The couple started dating back in 2008. Lindsay had just returned from Beijing after spending three weeks there covering 2008's Beijing Olympics. It was then she met her future husband Craig Melvin. Melvin found her to be very beautiful and in no time the couple fell for each other and started dating.

Man, sure did enjoy the @mirandalambert show with @lindsaycz. Great times. #blessed

Despite dating, they decided to keep their relationship to themselves for months and did not even share it with their family and close friends. Eventually, they found out about their romantic involvement.

After dating for almost four years, the couple decided to take their relationship to a whole new level. They got married on 15th October 2011 at Church of the Holy City on 16th Street NW. They then traveled to their reception on a vintage Bentley. The marriage reception took place in Hay-Adams Hotel and consisted of 200 guests including their colleagues like Wendy Rieger, Dan Hellie, Doreen Gentzler and many other. 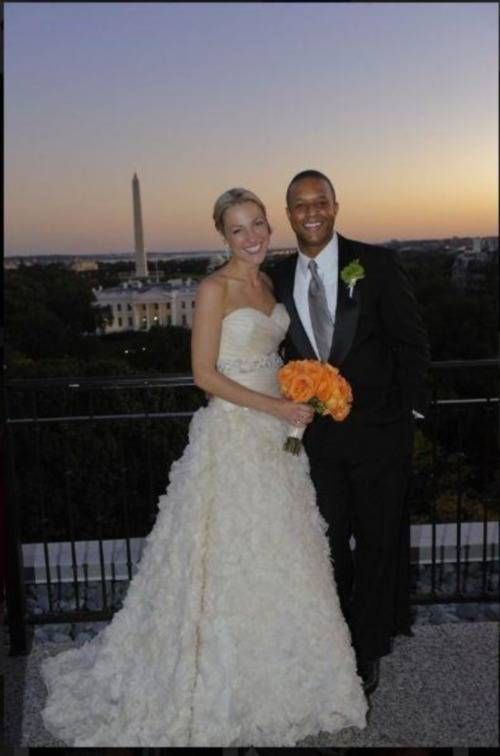 Moreover, for the occasion, Lindsay sported a gorgeous Kenneth Pool gown which was strapless and fitted her like a glove.

The couple can be seen sharing lovely pictures of each other on their social media which to a limit shows their love for each other.

Talking about children, Lindsay and Melvin gave birth to their first child Delano Joseph on 10th March 2014, almost 3 years after their marriage. Deano is currently 3-years-old.

Later on 6th November 2016, the couple gave birth to their youngest child, a daughter Sibby. She is currently a year old now. Moreover, Lindsay announced her pregnancy with her second child on Sportscenter before the NBA finals in 2016.

Pick what you can carry... unless you have a wheelbarrow @craigmelvinnbc

She did not do so with her first pregnancy, but she did share information about being pregnant and working on set.

Nonetheless, she is one happy mother with a loving husband and is indeed living the time of her life.