Lesbian relationships were considered as a taboo in the past, but things are totally different now. It is rather an open issue right now, and people are more accepting of it. Just like singer Melissa Etheridge relationship with her wife, Linda Wallem. When Etheridge tied the knot with Wallem in 2014, their fans became super happy.

The pair’s married life is going well without any divorce rumors despite the fact that Etheridge has had multiple failed relationships in the past. Let’s find out more about Etheridge relationship with her current wife:

Etheridge was in a much-talked relationship with actress Tammy Lynn Michaels in 2002. On 20th September 2003, the pair had a commitment ceremony.

They welcomed their twin babies on 17th October 2006 after Michaels got pregnant through an anonymous sperm donor. In 2010 Ethridge and Michaels parted ways. 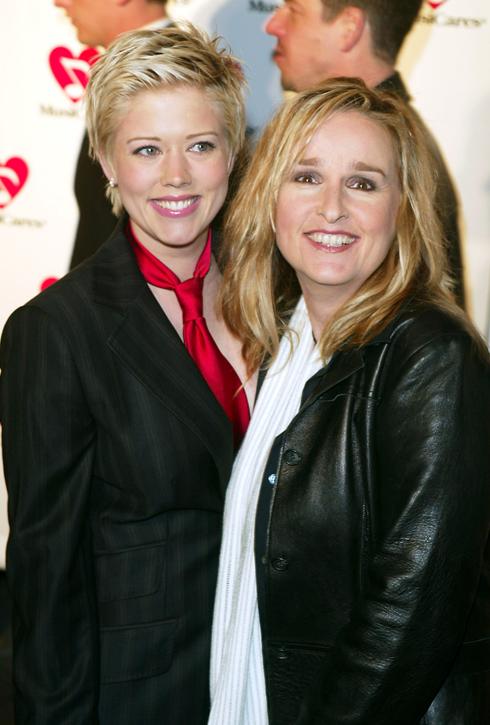 Etheridge’s relationship with Michaels is not her first lesbian relationship as she also dated Julie Cypher before her. They broke but in 2000 but welcome two kids before their split.

After splitting with Michaels, Etheridge began dating Linda Wallem within three months. They had known each other for more than ten years and considered each other as best friends. Although Etheridge and Wallem began dating in 2010, they got hitched only in 2014 just two days after the pair celebrated their 53rd birthday. The couple tied the knot at the San Ysidro Ranch in Montecito, California beneath the Santa Ynez Mountain range.

Melissa Etheridge with current wife Linda Wallem on their wedding

Their wedding ceremony was attended by all of Etheridge’s children, two from Cypher and two from Michaels. Getting your kids attend your wedding is quite a sight!

The guests who participated in the wedding revealed that the couple was delighted and the whole ceremony was wonderful and magical. They even said:

“The ceremony was such a beautiful start to the night. The setting was perfect. It was something Melissa and Linda wanted early on. It was as perfect as they envisioned.”

Although it has already been three years of Etheridge and Wallem’s marriage, the love between them doesn’t appear to be less. The pair shows no sign of a split.

Even though they haven’t revealed any child plan yet, we suppose they will do that soon. Since both Ethridge and Wallem are independent and successful women, they stand as a strong inspiration to all the lesbian girls out there. We wish them luck.