Frostsnow https://frostsnow.com/
Home Gossip Lenora Crichlow Dating Her Loving Boyfriend, Is She Planning to Get Married?

Lenora Crichlow Dating Her Loving Boyfriend, Is She Planning to Get Married? Lenora Crichlow; (1985) born as Lenora Isabella Crichlow in Westminster, London, England is well known as “Annie Sawyer” in a supernatural series Being Human. If you know about the Series Being Human, she played as a Ghost.

You may be wondering why are we talking about the series and not about her boyfriend, well it’s because her boyfriend is nonother than Aidan Turner (John Mitchell) who plays a vampire. You thought they broke up, ya, they did break up, we do not tell you, that you are wrong.

But there are some photos of them hanging out. Let’s start talking about their relationship now.

Lenora Crichlow and Aidan Turner met in 2009 on the set of the BBC Three’s Being Human where Turner played the vampire and Crichlow as the ghost.

They did not just start dating each other after they met, before dating they became friends and comfortable with each other. Even though the relationship was quite an amazing one, due to various reason they broke up in 2011.

There are no details about their break up but it seems like, Turner was heartbroken from his statement

'I don't know anyone on this planet who hasn't had their heart broken. It's happened to me. Love is love, it's the purest and rawest thing we have in life.' 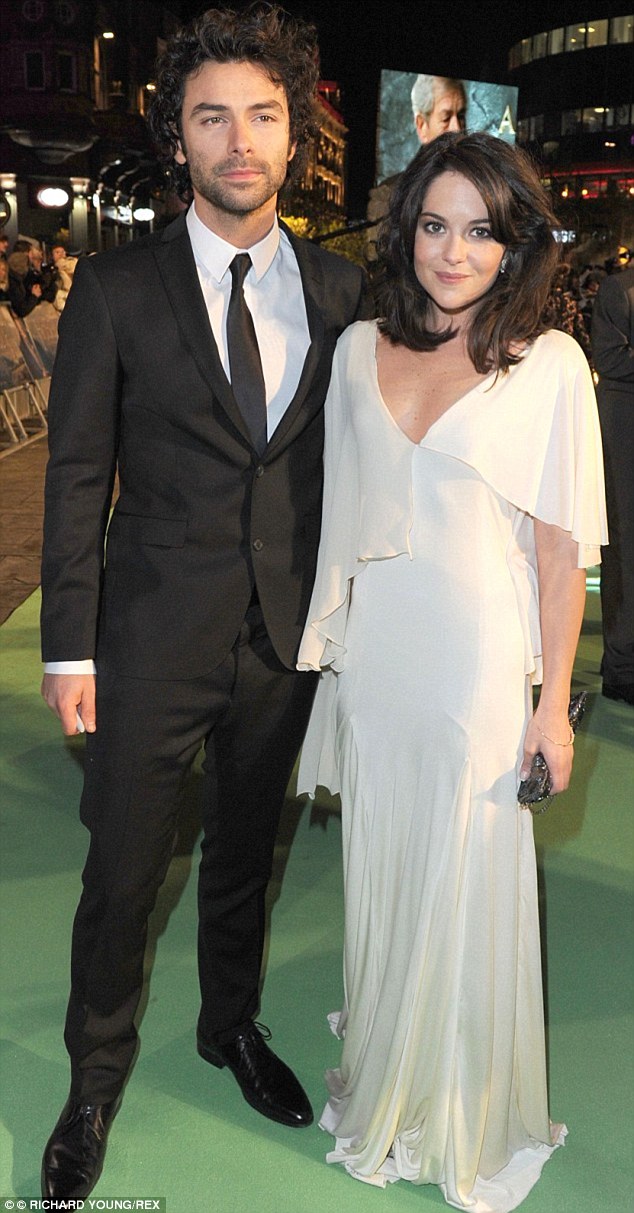 After the breakup, Turner, the handsome vampire of the series Being Human left the show and Aidan went to date Sarah Greene (Irish Actress). But after dating Greene for 3 long years they broke up

Are Lenora Crichlow and Aidan Turner together?

We found out that Lenora posted some photos of her and Aidan Turner together in Crichlow’s kitchen, having a drink together and spending quality time together on the roof. Does this prove that they are together now? Well, wait for the good part.

But don’t be judgmental, there is a twist in the story. Aidan Turner was spotted kissing a woman in the street of London do you know who she is? Check out the picture of them kissing.

Now tell us who is she? If you guessed she is Tara Derakshan then you are right. Tara is a marketing manager who can speak Arabic, Swedish, English, and French and has recently relocated to London.

Before moving to London she worked in NewYork to help children across the world. Now Tara is here for an "Advertising Automation Platform" as a marketing director for Kiosked.

So the conclusion is that Lenora Crichlow is single and not dating anyone right now nor getting married anytime soon. We wish her a good professional success and hope she finds someone pretty soon and delights her fans again.

She is currently not married. Besides, she has also never tied the knot in the past as well.

Who is She dating at present?

She is currently said to be single, but in the past, she dated her boyfriend Aidan Turner and Tara Derakshan.