Engagement news is one of the greatest announcements one can make. It is also considered as one of the most exciting phases, but not every engaged couple end up getting

Back in 2015, we were as excited as Lea DeLaria after she announced her engagement to her girlfriend Chelsea Fairless. However, the pair isn’t together anymore as they have broken their engagement. In fact, they called it off just a few days after their actual wedding date. Isn’t it quite sad? Read the full article:

‘Orange Is The new Black’ star DeLaria and fashion editor Fairless dated for two years before getting engaged. They met through a mutual friend, Emma Myles. DeLaria popped the question in an after-party of Screen Actors Guild Awards.

DeLaria looked extremely excited while announcing her engagement news in the New York City’s Lincoln Center while she appeared in the ‘American Songbook’ series.

'Despite their concerns about the patriarchal confines of marriage, actor/singer Lea DeLaria & mediatrix Chelsea Fairless of Brooklyn, New York are pleased to announce their engagement. No date has been set for the impending nuptials but it's safe to say that it will be the event of the season or a total s*** show.'

The pair was all set to get

married on DeLaria late parents’ wedding anniversary that is on 8th Jan. Sandra Bernhard, a renowned comedian, and DeLaria’s close friend, was ready to officiate the ceremony. 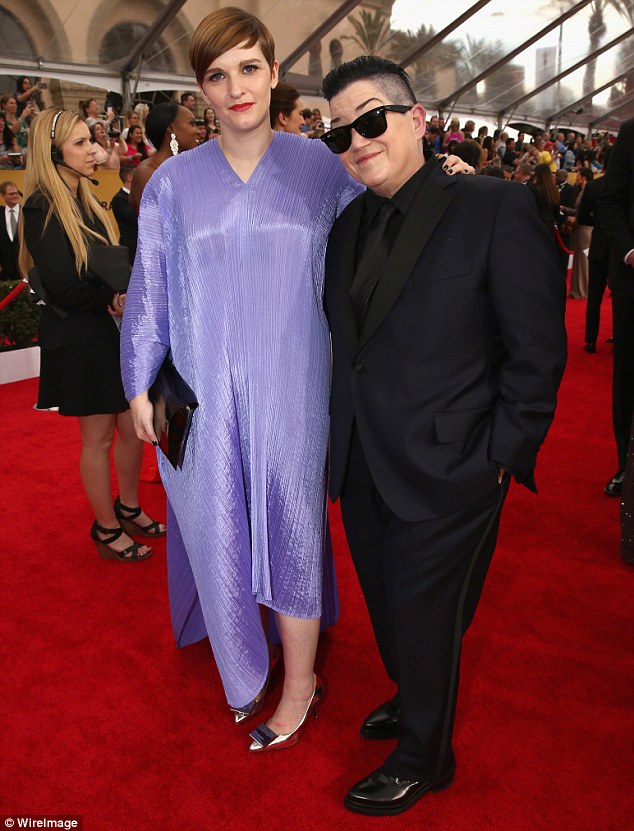 Sadly, DeLaria and Fairless aren’t together anymore. DeLaria took to Instagram to reveal the huge news. She posted an edited photo where the pair stood next to Michael Jackson and Elizabeth Taylor in wedding attire.

She designated her split to be amicable. According to the caption, it seems like DeLaria and Fairless’ broke up their engagement in mutual understanding. She even said that the pair will continue to remain a good friend and find ways to torture one another. The pair’s relationship lasted for four years.

Apparently this was an eerily prophetic choice of engagement photo as our relationship has since gone the way of David and Liza, with one small exception: our split is amicable. Please exclude us from the tragic and basic celebrity breakup narrative. We were happy together for four years and will remain in each other's lives. In fact, we look forward to finding new ways to torture each other. We would like to thank our incredible friends and families for their love and support ? xoxo Lea & @female_trouble

As we say everything happens for a reason, we believe DeLaria and Fairless’ split also happened for good. We hope they will find the right person for them really soon with whom they can get married and move on with their lives. But, hope they’ll think properly before getting engaged or so.