Orange Is the New Black star Samira Wiley married her longtime girlfriend Lauren Morelli a few days back on Saturday. Though lesbian marriage is no more a new thing these days, many people still give attention to these types of news, especially when the news is regarding the high profiled celebrities like Samira Wiley and Lauren Morelli.

Here's an exceptional case that occurred regarding the relationship of lesbians as the show writer Lauren Morelli was previously married to her husband Steve Basilone. Lauren soon started dating her girlfriend Samira Wiley after she divorced her husband Steve.

This news has created a wide attention and curiosity to millions of their fans. There arise a lot of questions regarding the couple's personal life, but don't worry we are here with all the details. Just stay with us.

Rob the Mob star Samira Wiley got married to her wife Lauren Morelli last Saturday on 25 March 2017. As soon as they got married, the lesbian couple has already started sharing their wedding photos on Instagram.

According to E! Online, Lauren and Samira held their marriage in an outdoor ceremony at Palm Springs, California, at the same place where the couple got engaged in last October.

Major congrats are in order for @OITNB's @whododatlikedat + @lomorelli! ?? We're sharing the first exclusive pic from their stunning Palm Springs wedding - and how amazing do these two look in custom @csiriano?! Check out our Stories to get all the wedding details! #marthaweddings ??: @josevilla | ??: @bethhelmstetter

Their wedding was followed by a grand reception where a renowned pop star Justin Bieber who was one of the guests at the ceremony sung his one of the hit songs Baby as soon as the brides made their grand entrance.

You might be wondering that when and how the couple first met and brought themselves to this position of being a couple.

So we would like to let you know that the newlyweds' couple had been dating each other since they met on the set of the wildly popular Netflix series in 2014.

Before having an affair with Samira Wiley, 35 years aged Lauren Morelli was previously married to Steve Basilone. She divorced her husband after 2 years of their marriage. 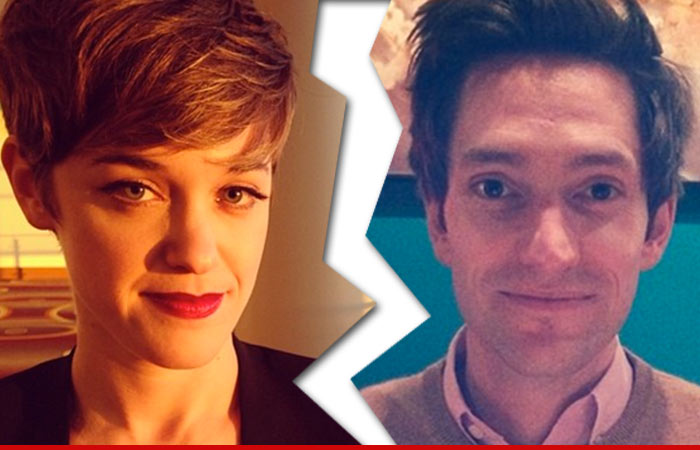 Lauren had got married to Steve Basilone in 2012 but later she filed for a divorce against her husband when she came to know the fact that she was a gay while writing for OITNB.

Currently, the newly married couple; Lauren, and Samira are leading their life happily maintaining both of their personal and professional life. Let's wish this amazing couple all the very best for their future. For more updates keep in touch with Frostsnow.