To have a child is the best feeling in life. While enjoying a beautiful relationship with your partner, having a child gives new meaning to the relationship. The knot gets tied deeper to heart. How do you describe the feeling? The baby feets walks across the heart, and the cryings also feel alluring.

This feeling is beyond of any explanation, and no words is a match to its gesture. And unless you are a parent you are less to know it, isn't it?

And the couple Lauren Conrad and William Tell just got knocked by this feeling when two little feet came home with them.

Know more about the couple and their new born baby here in Frostsnow.

In the World of Parenthood; Lauren Conrad and William John Tell

The year 2017 turned out to be a blessing for this lovely couple; Lauren Conrad, and her husband William Tell. They became a proud parent of their first son on this Wednesday.

Sharing this beautiful moment with her fans, Conrad took it to Instagram, sharing a sweet needlepoint of her family along with the caption, "He's here! We're so excited to welcome Liam James Tell into the world." Check out the Instagram post here.

He's here! We're so excited to welcome Liam James Tell into the world!

We are thrilled to share that we welcomed our son Liam James Tell into our family, Mom, Dad and baby are doing well. We're already in love!

The couple said in a statement to People.

The 1st of January 2017 brought the best news for Conrad's fans with Conrad sharing her pregnancy news on Instagram posting a picture of a sonograph with the caption. "I have a feeling 2017 is going to be the best year yet..."

The couple is all on smiles. And their love life seems to on the horizon of happiness. Well, it should be.

Do you know the cute chemistry between the couple and their marital life? If not then find it out here.

The American TV star started dating the Something Corporate musician in the February of 2014 and decided to tie the knot on September 13, 2014 in California. 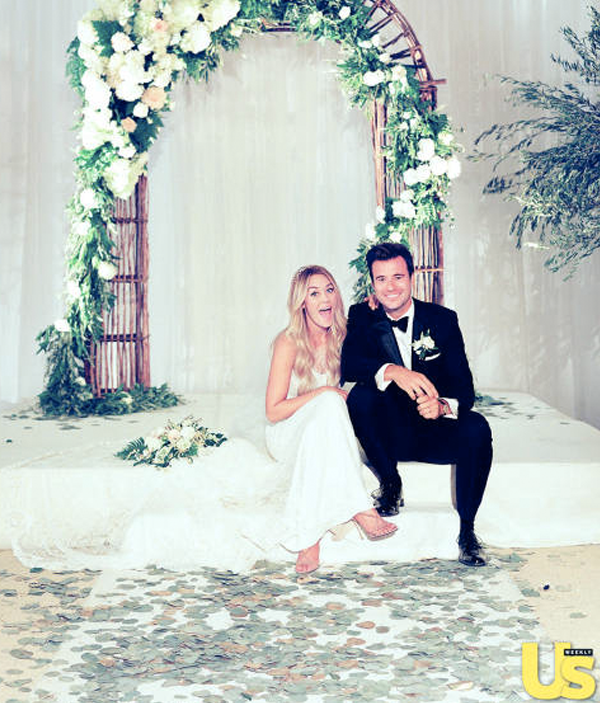 Lauren Conrad and William Tell met for the first time in high school, Conrad disclosed the past in her personal blog on Tuesday, August 30, 2017.

Conrad said to US Weekly.

I met my husband when I was 16 and sitting on stage at one of his concerts. Ten years later we were set up on a blind date.

It must be love at first sight-on a blind date. Because, earlier to 2014, Conrad and William were in a band named "Something Corporate" together from 2001 to 2004, but the bonding wasn't at the level of love.

Later in the year of 2014, Conrad and William went for their first official date on Valentine's Day. There and then the couple went official on their relationship.

We want to congratulate the couple on welcoming a new member to the family.

To know further more about the love life of this couple update yourself with Frostsnow.