Laura Kenny Shows her Baby Bump In London and Reveals her pregnancy, Know about her Married Life It’s official! Olympic gold medal cyclist couple Laura Kenny and her husband Jason Kenny are going to be parents soon as they are expecting their first child. If you are married and have already passed through the experience of pregnancy, you might know how magical the phase feels. However, if you have no idea, then let us remind you that being a parent followed by pregnancy can be a life changing experience as motherhood is one of the best phases of a women’s life.

25-year-old Kenny’s glow and charm makes us aware how happy and excited she is. She looked magnificent with her baby bump while she attended the BT Sports Industry Award in London which took place on Thursday night.

When Kenny appeared on the red carpet of BT Sports Industry Award in London she was glowing as ever with her baby bump. She wore a radiant embellished frilled dress and posed cradling her baby bump delicately. Her outfit was designed beautifully which covered her whole tummy that barely showed her baby bump until she used her hand to cup it. We must admit that Kenny looked beautiful than ever with a baby growing inside of her. Kenny’s husband Jason wasn’t present in the event thus she stepped along which made all eyes stuck on her and her growing bump. 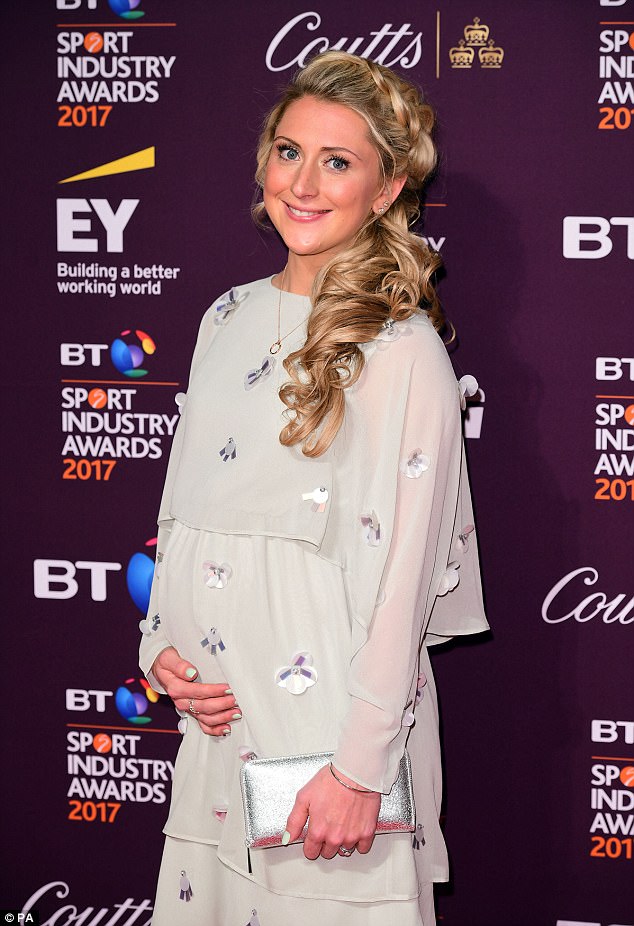 Kenny is married to her husband Jason since 2016. They got engaged in 2014 after dating for a while. Later, the pair got hitched on 24th September 2016 in a beautiful private wedding ceremony. They live together near Knutsford, Cheshire. The pair didn’t have any child prior to this, which makes the upcoming baby their first.

The proud parents-to-be announced Kenny’s pregnancy on 14th February 2017, on the occasion of Valentine’s Day. Now, can that get any cuter?

The Kenny couple had planned to have children right after the Tokyo 2020 Olympics because of their career commitments. However, circumstances made them hope for children soon enough.

Thank you so much for all your lovely comments. A massive thankyou once again to @jenniferjanestyling my hair magician for such an amazing job once again and of course to the lovely @bbpro_hannahmartin @bobbibrownuk for my beautiful make up  For those asking my dress is @ted_baker ??

Kenny and her husband Jason make a great pair. They seem to be a very understanding and supportive couple. Many might have an eye on the pair’s relationships, but we don’t suppose they’ll pass through the rough phase of divorce ever. Well, for now, it’s all about Kenny’s pregnancy who hasn’t revealed her child’s gender yet. We can’t wait for the arrival of the baby.