Isabela Moner is an American actress and singer. She is known for her lead role on the Nickelodeon television series 100 Things to Do Before High School.

The 15-years-old young starlet is rising in the film industry. Isabela Moner has stolen millions of hearts through her charismatic beauty and excellent acting performances. Fans are completely in love with this new girl, and her personal life is everyone's curiosity nowadays.

Her fans are raising questions and getting curious to know who she dates and what's her relationship. Today we are going to reveal every single detail regarding her personal life. Currently, she is rumored to be in a relationship. Who is that lucky dude? Let's find about it in depth!

Isabela Moner was in a relationship with Jace Norman

Isabela Moner met Jace Norman for the first time on the set of Splitting Adam where both of them starred as the lead actors in the movie. 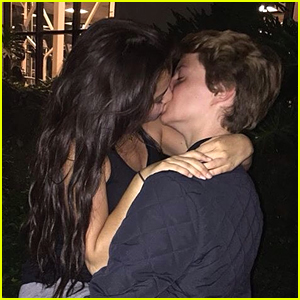 Luckily, their on-screen romance in the movie turned out to be a real affection in off-screen as well. Thanks to the movie that they met each other.

It's truly sad news for Isabela and Jace's fans as they are officially off the market. But they are happy to be with each other, so that's what matters. Right?

The rumor between the couple started just when Jace put up their snap together on the social network. Later, he tried to take the picture down to avoid the paparazzi but his clever fan followers already copied the snap before he could cancel it. 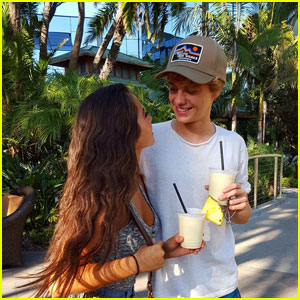 Also Read: 'I am excited to be a part of Rufus' claims Jace Norman

The couple went public with their relationship in April 2016. The cute pair is even nicknamed "Jacebela."

Unfortunately, we are sorry to upset you with a heart-breaking news that the couple is no more together. The pair broke up, but reasons have not been clarified about their split up.

According to the sources, they remained good friends after their break up. It seems like both of them is in a good state even now and the couple split up on a mutual understanding.

The report now says that Isabela is possibly single.

Now let's get to know about her career a little bit more.

Isabela made her debut career in a production of Evita where she sang along with Ricky Martin. Afterward, she appeared in the Nickelodeon television series 100 Things to Do Before High School.

She also performed in the Nickelodeon Original Movie Splitting Adam and Legends of the Hidden Temple.

Moner finally got a major break in the film industry after she got cast in the hit film Transformers: The Last Knight, which has just released and is getting positive reviews.

Check out Isabela's interview regarding her recent movie The Transformer: The Last Knight!

All the best wishes to our beautiful actress Isabela and also with her love life!