Frostsnow https://frostsnow.com/
Home Gossip Know All About Tanner Fox and His Relationship With Taylor Alesia, Also Their Past Affairs & Dating

Know All About Tanner Fox and His Relationship With Taylor Alesia, Also Their Past Affairs & Dating With almost 7 million subscribers on his self-titled YouTube channel, Tanner Fox is a YouTuber, Instagram sensation and professional scooter rider based in the United States. He is best known for sharing his craft of scooter riding on his YouTube channel and also making random videos related to his personal life, entertainment, and others. Fox started his YouTube channel back in 2011 under the name MTFlims and posted his first video on the same day as well.

Born on 22nd December 1999, Tanner is currently 18-year-old and is indeed a sensation with 3.5 million followers on his official Instagram page. Currently, he is in a relationship with a girl named Taylor Alesia. She can be seen on Fox's YouTube channel every now and then, and his Instagram is also filled with his baby girl.

Here, we are going to share some information about Fox's relationship with Taylor, and his past affairs.

Tanner Fox started dating Taylor Alesia, an internet sensation with 2 million followers on Instagram and 135k followers on Twitter, on 26th Jan 2017. On their first anniversary, the YouTuber uploaded a picture of the pair and captioned the picture sharing the details.

it all started with a simple movie ticket... happy 1 Year to my Baby Girl

Before he introduced his girlfriend, his fans had already started doubting that the two were dating because she appeared in the background of many of his videos.

Together, as a couple, they have made numerous videos like 'MEET OUR SON,' 'GIRLFRIEND WRAPPED MY GTR HOT PINK!** ANGRY,' and others. Taylor also has her own YouTube channel, and she also uploads videos related to her boyfriend there.

The couple is living the life they always dreamed of as Tanner has a massive net worth, and they have no problem spending some good time. Not long ago, the pair went Hawaii and Tanner made sure she shared pictures of himself and his girlfriend on their vacation with his fans.

Watch Tanner and Taylor in their new dream house

Know more about his car purchase

Meanwhile, in Feb of 2018, Tanner uploaded a video where he and Taylor went house hunting and found the perfect house for themselves. And also let's not forget, she is all over his Instagram and Tanner seems to be very happy with her.

this didn’t make the cut for today’s thumbnail, think we found THE house for us!! Watch today’s video to see #linkinbio

Meanwhile, Taylor had gotten engaged in other relationships beforehand. Her first public relationship was with Taylor Caniff, an SNS star. They started dating after they met during the RV project tour and soon hit it off. 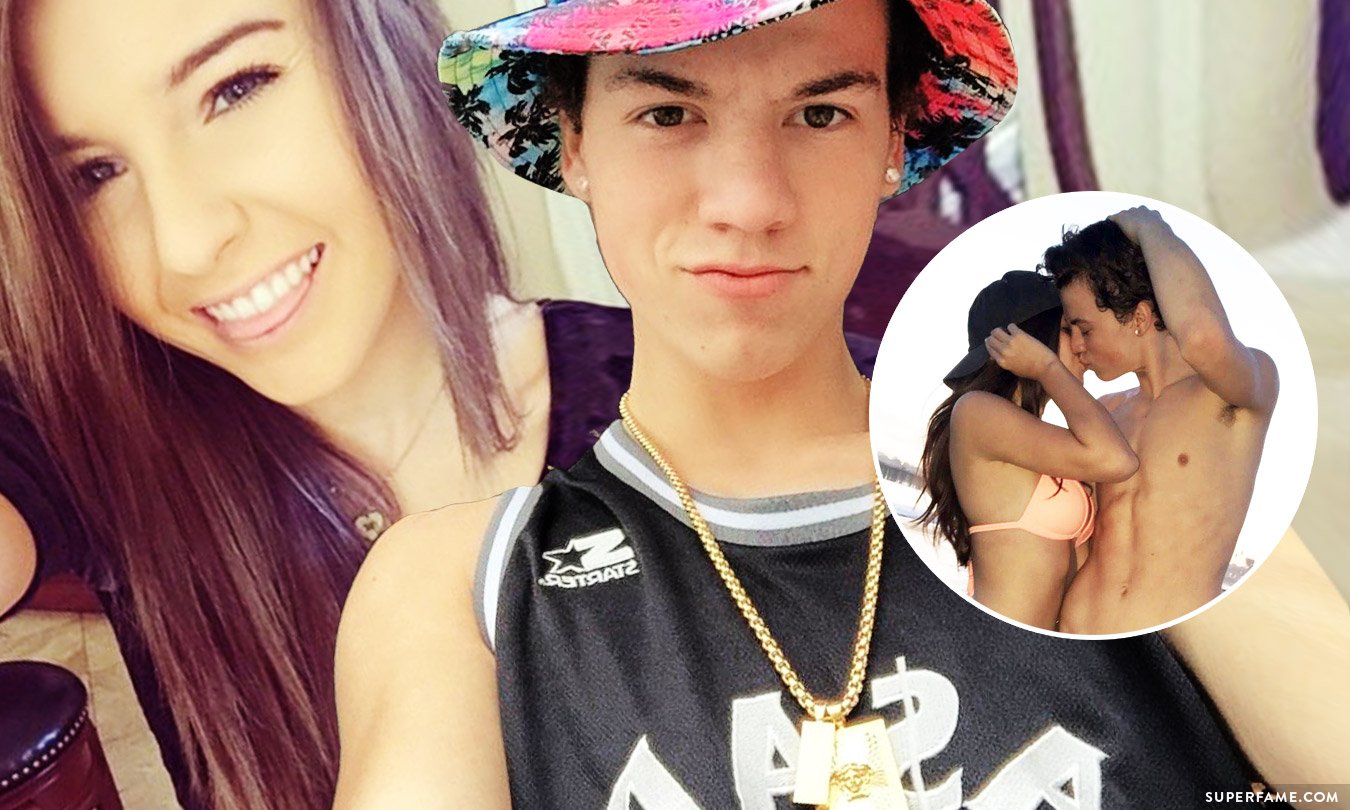 Apart from this, she has also been in a relationship with a man named Mikey Baron, who is also an internet sensation. Other than this, there are no details about their relationship.