Know all about Famous WWE wrestler Dolph Ziggler? Know about his Career and Awards

Here's the story of the American Pro. wrestler with many talents. Dolph raised the bar with his multitasking personality and has made it difficult for any person to reach his height of fame. Nicholas Theodore Nemeth or Dolph Ziggler can be everything ranging from an actor to comedian.

Nicholas is an American professional wrestler, actor, and occasional stand-up comedian. Currently, Nemeth is signed to Smackdown brand of WWE. He has performed in numerous movies among which Countdown of 2016 is one of them.

Now let's get to know about his career and net worth!

Dolph Ziggler began his career as a wrestler

The 37-years-old Dolph is from a Hungarian ancestry. He loved wrestling from an early age of 5. He was an amateur wrestler from his high school days at St. Edward High School where he played along with Gray Maynard and Andy Hrovat as his teammates. His team won the National Championships on two occasions. So we can say he was quite an amazing wrestler from his young age. 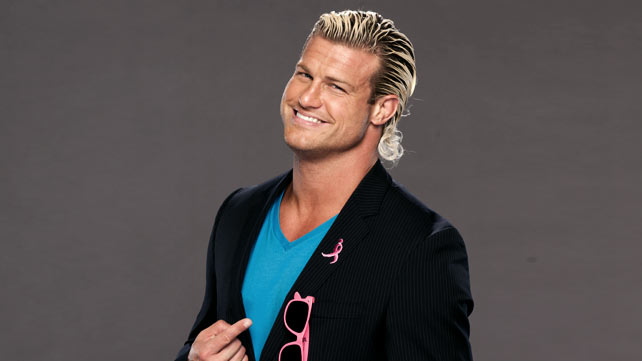 Then he became a collegiate wrestler at Kaet State University. Dolph received 121 career wins from 2000 and 2003.

Well, after his success with Wrestling he joined WWE in 2004.

The Ohio-born superstar Ziggler was sent to OVW (Ohio Valley Wrestling) and then he became a sidekick of popular Mexican wrestler Kerwin White. Then Dolph kept going back and forth between OVW and WWE. Meanwhile, he collaborated with other wrestlers to form a team called The Spirit Squad in WWE.

In 2007, Nicholas signed with FCW (Florida Championship Wrestling). After that in 2008, he came back to WWE and continued playing with his wrestling name Dolph Ziggler.

Know Dolph Jiggler as an actor

Despite his macho feature and personality, he is also a good looking man. His charming face and immense popularity as a wrestler got him to be featured as an actor.

Jiggler's debut role was in the film Me Him Her as Max Landis. He made guest appearances on TV shows like Deal or No Deal, Lopez Tonight, and Silent Library, to name a few.

Dolph Jiggler achievements and net worth

Dolph is two times FCW Florida Tag Team Champion. He also became the World Heavyweight Championship after he entered in WWE. He won Intercontinental Champion of WWE for five times. Jiggler is also a WWE United States Championship and in 2014 he achieved Slammy Awards twice.

The 6 ft Dolph's net worth is $3 million. He made quite a sum through his career as a professional wrestler, and also an actor and stand-up comedian. The report says he was paid $650,000 per month.

Check out Dolph's best ten moves in the wrestling ring!

He was rumored to have an affair with American comedian Amy Schumer but their relation did not work out.

We congratulate him for the success he made from his hardships.