Know about the Relationship of Sophie Turner & Joe Jonas, Know their Dating History Sophie Turner the Sansa Stark of the well-known fantasy drama, Game of Thrones created by David Benioff and D.B. Weiss is recently making headlines and all thanks to her romantic relationship with her boyfriend, Joe Jonas. In addition, to the actress international recognization with the role of Sansa Stark, she is exceeding the physical boundaries of her love life despite her secretive nature.

And it's almost hard for the celebrities to keep their private life private enough, isn't it? And in here, though the 21-year old actress is up to her best to keep the private life out of the spotlight there's no doubt on the couple's dating.

Along with the couple's chemistry, there are few unknown facts about the couple's relationship that are sure to give you goosebumps. Do you know what are the facts and how they get along?

Let's find it in details here in Frostsnow.

Sophie Turner started dating Joe Jonas, 27, an American singer/actor around the end of 2016.

The four-time nominee for Screen Actors Guild Award for Outstanding Performance by an Ensemble in a Drama Series, Sophie Turner with her boyfriend, Joe Jonas

There isn't any news on how the couple met each other as Sophie likes to keep her private life within herself. But the couple was spotted together in several of places inclusively in Malibu on 28 November 2016 where they attended friend's wedding. Jona's brother, Nick, shared the pics from the event on Instagram.

On the same month, the couple was also spotted together attending a pre-MTV Europe Music Kings of Leon concert at the Oude Luxor Theater.

Sophie Turner and Jose Jonas were spotted together attending a pre-MTV Europe Music Kings of Leon concert at the Oude Luxor Theater.

So cozy! It's so hard to keep the feelings in control most of the times. Same seems to be with the couple, don't you think so? Well, the picture itself speaks.

The couple also shared a kiss at the event as per one of the event attendant, Concertgoer Anne Charlotte, she further stated;

They were really close together,” she says. I didn’t look very often because I was seated more in front of the room. The two or three times I was watching they were kissing. She was all smiley and he looked really sweet.

Oh! not just once but for two or three times. It proves they are totally smitten!

The couple was also spotted in public areas, and one of their fans shared their public walk in her Twitter account. Have a look at the post here.

But their relationship wasn't public yet.

Humans have a self-developed talent of gossiping, and that seemed right when people started making assumptions as Turner and Jonas are dating each other. And their assumptions came true on December 7, 2016, when a  source told PEOPLE.

They’re dating exclusively. He was playing the field, but he really likes her and is willing to settle down for her.

After the statement from PEOPLE, their new relationship became a hot topic, and after that, the couple went low-profile. Well, too much of media focus also isn't fruitful for a healthier relationship. Don't you think so?

But in May 2017 the couple was again spotted together in public places. 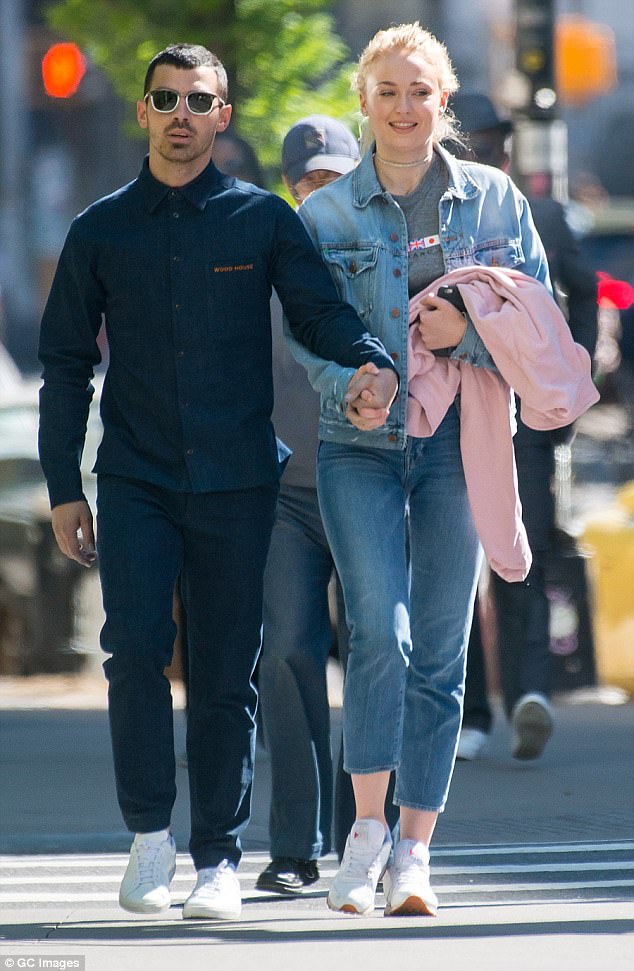 The couple were photographed holding each other hand in New York

Though Turner and Jonas's relationship is heating up to the horizon, neither of them have stated anything regarding their relationship.

Above all, they do make a lovely couple together. We would love to see the adorable couple together and hope whatever the couple has in between them is real.