Frostsnow https://frostsnow.com/
Home Gossip Kimberley Garner Flashes Her Pert Posterior, Who is she dating Currently? Know about her Affairs

Kimberley Garner Flashes Her Pert Posterior, Who is she dating Currently? Know about her Affairs Kimberley is best known for her notable role in the reality television series Made in Chelsea. On the show, Kimberly starred alongside other famous sensations such as Caggie Dunlop and Nicola Hughes.

Kimberley has an utterly attractive personality and incredible look and she always drags the attention of million with her photo shoots in stunning outfits that display her smooth slender curves. Recently, this model was seen flaunting her pert posterior at Ocean Vista Resort.

Let's learn this story deeply. Here, we will also talk about the love affair and dating life of this gorgeous lady. Just stay with us.

On Wednesday, July 12, the former Made in Chelsea star went on a trip to Ocean Vista Resort, Amagansett, New York together with a small group of family and friends and frolicked on a small boat off the scenic coast of St. Tropez.

The 27-year-old actress sported a midnight blue swimsuit and showed off her well- toned body while taking pictures on the stunning ocean vista.

Kimberley Garner's Current Relationship Status: Is She Dating Anyone?

If you ask about Kimberley Gerner's current relationship status, we will say that she is currently single and not dating anyone. How do we know this?

Well, it is just one month passed when the blond beauty herself revealed about her singlehood to MailOnline. She said;

I ended the relationship recently. It was a really wonderful three years and we are still good friends today. 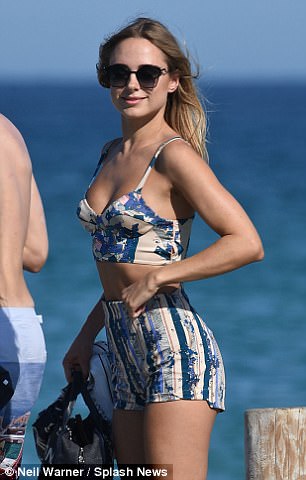 Will she again get engage with anyone? Only time will tell us!! Let's just wish her she finds a perfect man for her soon.

Spotted Strolling With Her Mysterious Boyfriend: Even Kissed on Her Head

Kimberley Garner did not talk anything about her love affair and relationship with her ex-boyfriend whom she dated for three years, not even his name and identification.

However, she was once encountered strolling around the street and hanging out at the beach with a handsome guy. That mysterious guy was even seen kissing on her head while strolling on the street in September 2016. This twosome even attended the FeiFei Cicada show for London Fashion Week together.

They later stopped appearing together which created speculations that they have separated.

In December 2012 when Kimberley was spotted being cozy with a reality television personality Richard Dinan, their dating rumor started swirling. But as none of them ever confirmed this statement, the rumor later drowned. 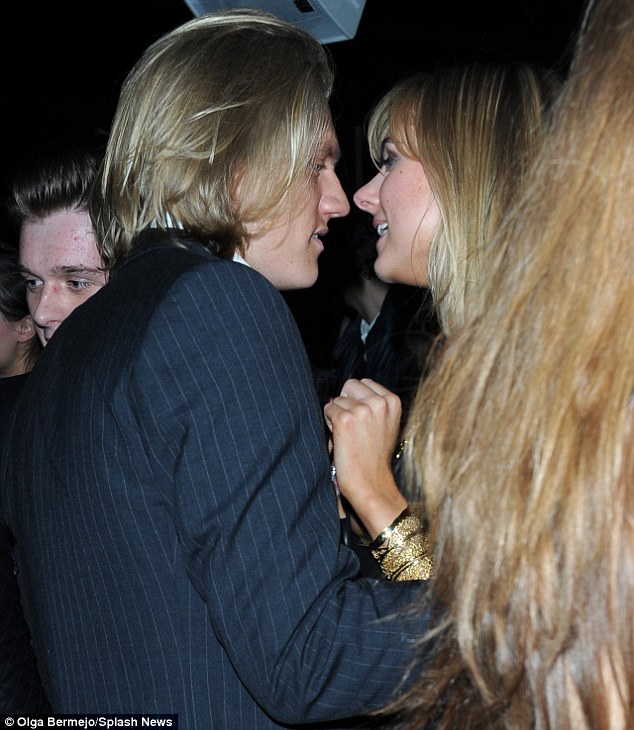 Kimberley was also rumored of dating a renowned British singer James Arthur when they were spotted together in December 2012. They looked as if they were boyfriend and girlfriend but none of them ever confirmed it. 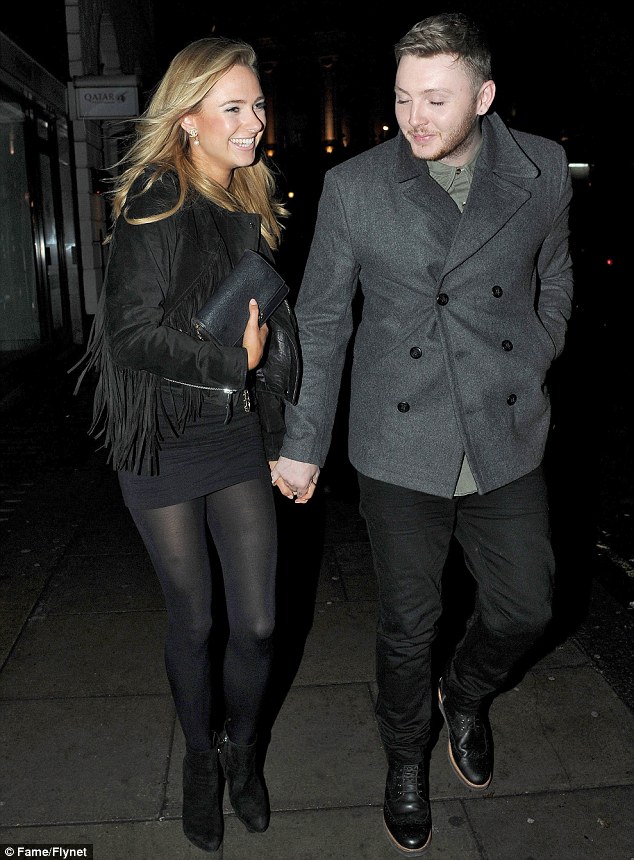 Last but not the least, Kimberley is currently single. We wish all the very best for her better life. Is Matthew Daddario a Gay? Who Is He Currently Dating? His Past Affairs and Girlfriends