Kidada Jones remembers her Relationship with Tupac: Know about their dating story

Kidada Ann Jones is an American actress, model, and fashion designer. Jones is best known for her work as a designer for The Walt Disney Company, where she has a line known as Kidada for Disney Couture. Tupac Amaru Shakur, also known by his stage names 2Pac, Makaveli, and Pac, was an American rapper, record producer, actor, and poet. As of 2007, Shakur sold over 75 million records worldwide.

Tupac died at the young age of 25 from an anonymous gunfire in Las Vegas. He had gone to Las Vegas with his girlfriend, Kidada Jones when that incident took place. How did Jones deal with the situation? How was the scenario during that time? Let's get to know in detail below.

Must Read - Tupac's Girlfriend Kidada Jones got married to Husband Jeffrey Nash after Tupac's death. Details of their love affair and wedding details.

Kidada looking at her moment with Tupac, says "He Was The Love Of My Life."

Kidada Jones, the daughter of the musical icon, Quincy Jones still had Tupac close to her heart to this moment. Remembering him, she states the last emotional moment that she spent with Tupac in Las Vegas. 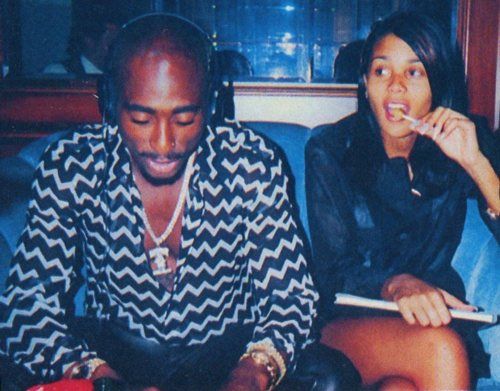 It was only four months of their love affair when they fell apart by the tragic incident in Las Vegas. If not for the death of Tupac, how would their love turn out at the moment? Would their love have grown stronger leading to marriage? How many children would they have? All these questions left wondering Kidada after Tupac left her.

According to the reports, Kidada was one of the last people to have spoken to Tupac. The Washington Post had an interview with Jones where she revealed her last words with the love of her life. After asking those questions, Jones stated that Tupac nodded and said "Yes." Not being able to see Tupac in pain, Jones turned towards the door. After sometimes, Tupac fell into a coma never to wake up again. She later mentioned in her father's autobiography.

Tupac was the love of my life. He and I lived together for four months and then he was murdered in Las Vegas in 1996. It was the most horrible thing that ever happened to me. 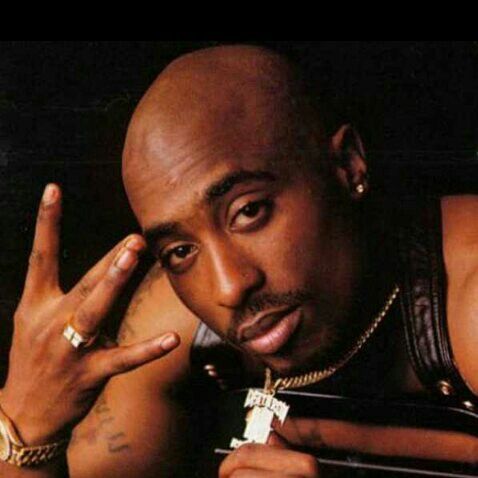 On September night in Las Vegas, Tupac was gunned down by a mystery man. Later, Kidada was called to see Tupac in the hospital; Kidada was waiting in the hotel at that moment. She was handed his bloody clothes after she reached the hospital.

She was told he had no blood pressure when he arrived at the hospital. Then, she went to the parking garage and walked around for 9 hours saying to herself, "He couldn't die." She said;

I knew we should’ve never gone to Vegas that night. I had a horrible feeling about it. I’ve gone over it in my mind a million times.

It wasn’t supposed to happen. We weren’t supposed to be there. It was the worst possible thing that could’ve happened — I still to this day don’t know who shot him. I wasn’t able to say goodbye. It’s not something that should happen to anyone.

Just like we mentioned, the love for Tupac never faded for Kidada as she still has the tattoo of her loving boyfriend on her left arm. Have a look at this picture;

They were together in a relationship for a short time but what they had in between those few months were unforgettable moments for Kidada.

Tupac was so popular that he still has a place in the heart of millions of fans even after his death. Moreover, he left a mark on his girlfriend Kidada's heart that we believe will stay forever.

If you are wondering why Jones' father did not support their relation, then find out the truth behind the story here!

Tupac and Quincy Jones had a small dispute with each other as Tupac made a harsh comment of Quincy dating only white women. Quincy could not digest Tupac's reaction which released a tension between them, and he always had hatred in the corner of his heart for Tupac. How could such a dispute between Tupac and Quincy end on a good note? Quincy obviously had an extreme reaction when he found out about his daughter and Tupac's love affair.

Tupac ran into Kidada in the nightclub where he apologized for his remarks that he made to Kidada's dad. After that, they started dating. Everything went cool after that. Quincy also approved their relationship after he saw Tupac and his daughter Kidada immensely in love. Later he stated in the interview,

Tupac apologized for what he had said about me and my family. We became very close after that, Rashida Jones ( left), and sister Kidada (right) pose with their father, Quincy Jones, at the launch of the Kidada for Disney Couture collection in Los Angeles on May 31, 2007

Unfortunately, the untimely death of Tupac shattered all the dreams Tupac and his girlfriend Kidada had together. Quincy also expressed his gratitude towards the death of Tupac in his biography saying;

And if I had left the world at 25, we would have lost a big-band trumpet player and aspiring composer; just a sliver of my eventual life potential.

Tupac is that one person who is respected by the entire Hip Hop culture and also tagged him the King status, and after his tragic death, the Hip Hop world could not recover from his loss till the moment.

In the same way, Kidada although is moving on in her life but Tupac's loss may haunt her now and then.