Television and radio host Kevin Manno is a renowned personality. He is engaged to gorgeous Ali Fedotowsky. Manno and Fedotowsky make up a great pair. Their relationship is very healthy at present as they are very happy with one another. However, Fedotowsky is not Manno’s first love. He was previously married to Kris Mathes.

Mathes is Manno’s first wife. The pair tied the knot in 2011. However, things didn’t go well as per their plan and the couple eventually got divorced in 2012.

After ending his marriage with Mathes, Manno began dating Ali Fedotowsky in 2013. They bought a house and moved in together in June 2015. Manno and Fedotowsky got engaged in September 2015. Fedotowsky shared this great news on her blog, aliluvs.com, and made all of her fans and followers happy. She also shared a few photos of the very date and we must admit that her engagement ring is really gorgeous.

Manno and Fedotowsky haven’t got hitched yet. However, it’s not because they don’t want to get married. They had planned a winter wedding in Mexico but, had to cancel it due to the Zika virus risks. Fedotowsky was not really happy to cancel her wedding as she revealed that the whole thing was very disappointing to her but, she thought that it’s not right to ask her friends to attend the wedding with such a huge risk as most of them were in their parent mode. 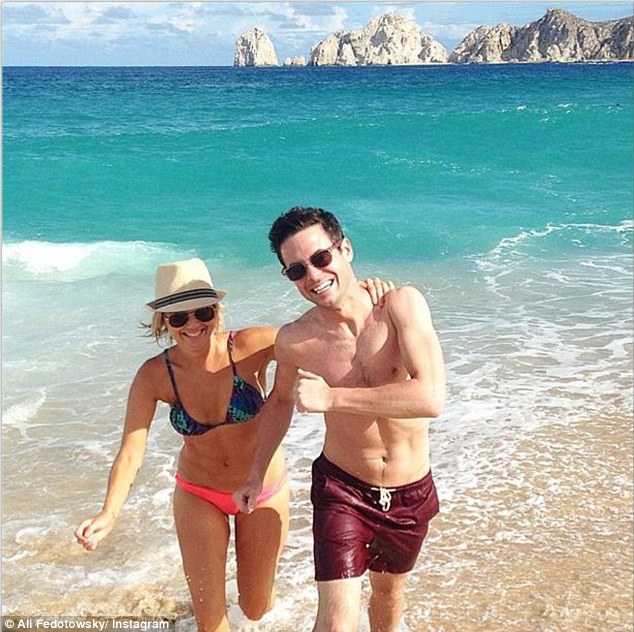 Fedotowsky announced that she was expecting a baby on 6th January 2016. Later, she gave birth to Manno’s daughter on 6th July 2016. Her angelic name is Molly Sullivan Manno. She is a little piece of heaven who weighed 7lbs 6oz at the time of her birth and was 22 inches long.

Welcome to the world Molly Sullivan Manno. Born at 8:22am on 7/6/2016 weighing 7lbs 6oz and measuring 22 inches long. You are absolutely beautiful and perfect in every way. @KevinManno & I love you more than we will ever be able to put in words. Thank you for making me a mommy. (Named after our late grandmothers Molly Fedotowsky and Eva Sullivan) ?? by @valoriedarling ?? More details on www.UsMagazine.com Thank you @usweekly !!! #mollysullivanmanno

After Molly’s birth, Fedotowsky revealed the truth behind her daughter’s name and said:

This little angel is not even a day old and is already our entire world. Molly Sullivan is named after two very important women in our lives. My late-grandmother, Molly Fedotowsky, and Kevin's late-grandmother, Eva Sullivan, will both live on in our little girl.

Manno and Fedotowsky’s seem to share a very strong bond. In fact, after the arrival of the little baby in their life, it seems like the chemistry between the pair has reached a higher level. We convey our best wishes to the beautiful couple and their gorgeous little family.

What do you think about his Manno and Fedotowsky? Please, leave your opinions in the comment box below.