Kendall Jenner is secretly dating Scott Disick, Know about her affairs and relationship Kendall Nicole Jenner is an American television personality and fashion Model and known for appearing in Keeping Up with The Kardashians which is a reality television show from channel E!. Currently, Kendall is the model of Vogue Magazine in The Instagram Era and of Harper’s Bazaar in Social Media Modeling. She was chosen by her pictures and followers. Kendall is the half-sister of the famous Kardashian family including Kim and Kourtney Kardashian.

Kendall is the sister-in-law of Scott Disick but several times they are rumored to be in secret relationship. Though Scott is 12 years older than Kendall they are seen being close to each other many times. The life and Star magazine published about their strange romance. Kendall was once rumored to be pregnant with the baby of Scott but later on it was claimed to be a false rumor.

Kendall and Scott are spotted together most of the time in shopping malls, parties, and restaurants. Life and Star magazine published that they were hooking up with each other at a party. Kendall and Scott have never confirmed about their relationship and always has concluded saying they are just friends. But seeing them together frequently can't let us believe they are not in affairs.

Image: Kendall and Scott seen together in a restaurant and it looks like a dinner date.

Kendall and Scott were caught by her half-sister, Kourtney Kardashian in the bed

It's quite awkward to known that Kendall and Scott, who are in-laws were together in the bed. Scott is the ex-boyfriend of Kourtney and they are parents of three children. On April 2, 2016, Kourtney took a snap chart of Kendall and Scott were getting cozy with each other in bed. Viewers did not like this post and offended a lot. But later on, Kourtney again posted a video clarifying that it was an April fool prank. 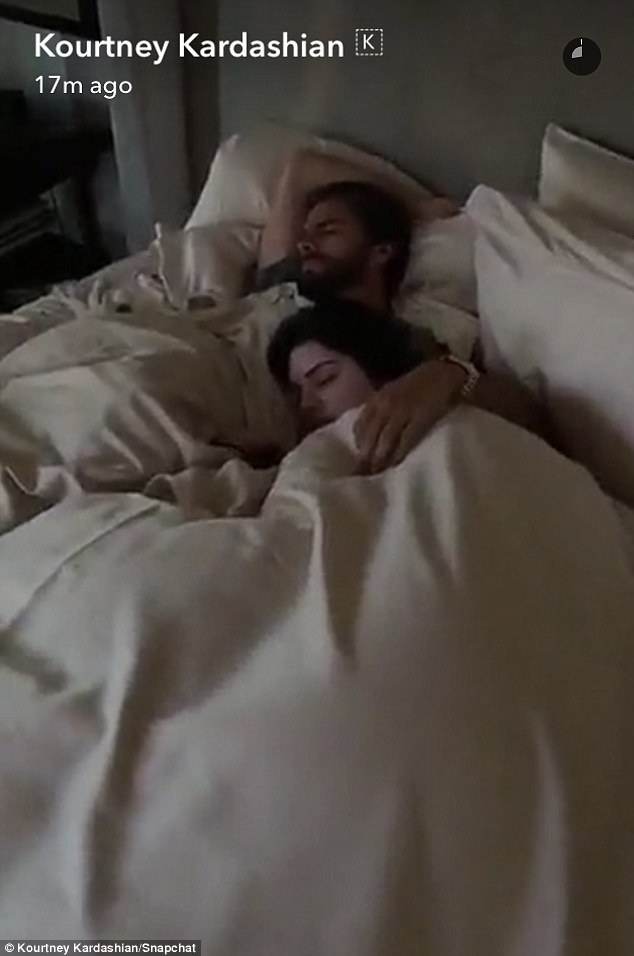 Image: Kendall and Scott in the same bed. Kourtney surprised everybody by posting this pictures.

Kendall Jenner hooked up with Justin Bieber behind Selena Gomez

There was a rumor of Kendall that she hooked up with Justin behind the back of Selena Gomez.  Kendall and Justin used to be together most of the time saying they were close friends. But this news broke the heart of Selena. However, Kendall and Justin clarified that it is a false rumor and they are only friends.