Frostsnow https://frostsnow.com/
Home Gossip Katy Perry married Russell Brand in 2010 and got divorce in 2012. Why? Worldwide renowned singer Katy Perry was involved in a romantic relationship with British actor and comedian Russell Brand. This famous couple was so deeply in love that they got engaged soon after dating for four months and got married 10 months post their engagement. However, their marriage couldn’t last long. Let’s see what went wrong between them.

Gorgeous Perry met her ex-husband Brand for the first time at the 2009 MTV Video Music Awards. They tied the knot on 23rd October 2010. Perry and Brand’s pair was loved and adored by many. Most of for fans assumed that Brand might be the ‘it’ for Perry. However, things didn’t turn out as it was planned to on Perry and Brand’s side. Perry and Brand got divorce on14th July 2012 despite the fact that the couples looked like they were crazily in love. Neither Brand nor Perry spoke about their divorce for some time but after a year Perry revealed the things that went wrong between them.

Perry who opened up saying Brand ended things over texts, said: "He's a very smart man, and I was in love with him when I married him. Let's just say I haven't heard from him since he texted me saying he was divorcing me December 31, 2011” during an interview with Vogue.

The reason behind Katy Perry and Russell Brand's divorce

Perry admits that her busy schedule led towards the sourness that appeared in their relationship. She said: “I do admit that I was on the road a lot. Although I invited him time and time again, and I tried to come home as much as I possibly could” 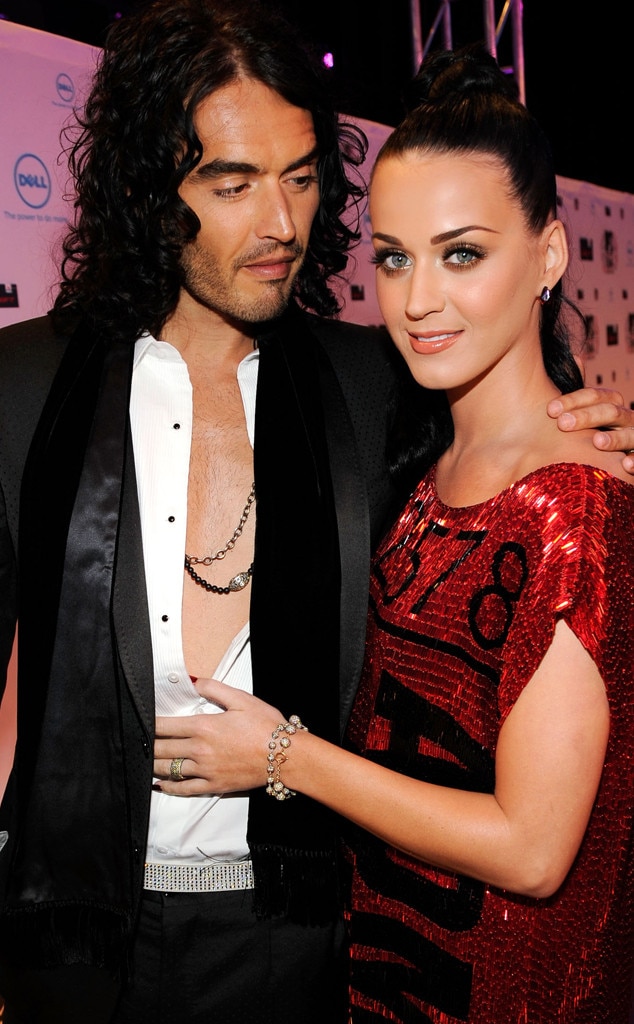 She further added: “[He's] hysterical in some ways. Until he started making jokes about me and he didn't know I was in the audience, because I had come to surprise him at one of his shows," she expresses Vogue. "I mean, I have to claim my own responsibility in things. I do admit that I was on the road a lot. Although I invited him time and time again, and I tried to come home as much as I possibly could. You saw that in the movie [Katy Perry: Part of Me]. That wasn't edited to leave footage out—there wasn't any footage of him."

Perry further claims that Brand felt insecure about Perry’s fame. "He didn't like the atmosphere of me being the boss on tour. So that was really hurtful, and it was very controlling, which was upsetting," she discloses. "I felt a lot of responsibility for it ending, but then I found out the real truth, which I can't necessarily disclose because I keep it locked in my safe for a rainy day. I let go and I was like: This isn't because of me; this is beyond me. So, I have moved on from that."

It seems like the pair is not totally broken but only bend, as Perry’s ex-husband Brand also said, “I loved her so much, it just seemed like the sensible thing to do [when we got married] … I just loved her so much” during an interview. But there’s no way that they are getting back.

What do you guys think about Katy Perry and her relationship with Russell Brand? Please leave a comment below.