Katie Hopkins is Living married life with Husband Mark Cross and Children, Know About their wedding Katie Olivia Hopkins is an English born newspaper columnist and media personality. The 42-year-old worked for The Sun in 2013 followed by Daily Mail since 2015 till 2017.

She is one of the most controversial media personality, who has been in trouble for several times. In 2016, Daily Mail Online had to pay £150 thousand to a Muslim family after she accused them of having extremist links. However, not everyone has the same feeling about her, in end of 2015, US President Donald Trump described her as a 'respected columnist' and also thanked her for her powerful writing on Muslim problem in the UK.

Today we are going to talk about Katie Hopkins' past relationships, marriage with husband Mark Cross and their children.

Katie was previously married to her first husband Damian McKinney, a former Royal Marine and founder of McKinney Rogers. They got married in September 2004. Damian was already married before and later as they started dating Katie herself admits of stealing him from his ex-wife.

Katie Hopkins with her children

Moreover, Katie had epilepsy from a young age. She had many seizures and was under drugs. But during her late teen, she grew resistance to drugs. The media personality decided to get a brain surgery after she fell and hurt her face in 2015. She did a brain surgery in 2016, a portion of her brain was removed.

Currently, Katie is married to her husband Mark Cross. The couple met each other, while they were working together and they started to date. Katie and Mark got married in 2010. Their wedding ceremony was a part of reality game show Four Weddings. Till date, the duo has been together for 7 years and also has a child together Maximillian William Cross. 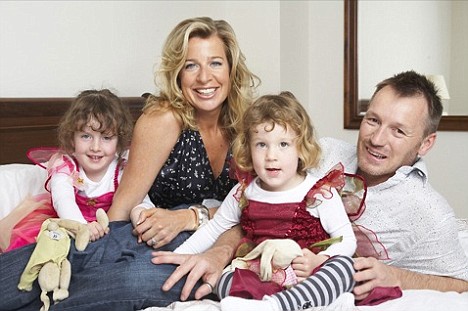 Meanwhile, last year in 2016, Katie opened up that she is a bisexual, during an interview with Angela Scanlon. During the interview, the media personality was flirting a lot with the host and later on revealed that she loves having sex with women.