Frostsnow https://frostsnow.com/
Home Gossip Kate Wright Night Out With Her Boyfriend Rio Ferdinand, Know About Their Past Affairs, Relationship

Kate Wright Night Out With Her Boyfriend Rio Ferdinand, Know About Their Past Affairs, Relationship 'The Only Way is Essex' might have seen a lot of dramas but it also comprises of love and relationships that warm our hearts. Well, some stars do not find love on set but they are successful in finding the right person outside it. If you don't know who we are talking about, then let us clear the confusion. It is about TOWIE star Kate Wright who is enjoying her time with her boyfriend Rio Ferdinand.

Their recent night out was something that amused all of Kate's fans. Let's find out more about the couple's affairs and relationship:

The amazing couple enjoyed a recent night out together along with some of their friends. Kate looked ravishing in a yellow top and white pencil skirt while her beau kind of wore matching outfit as he was clad in a white T-shirt and jeans. 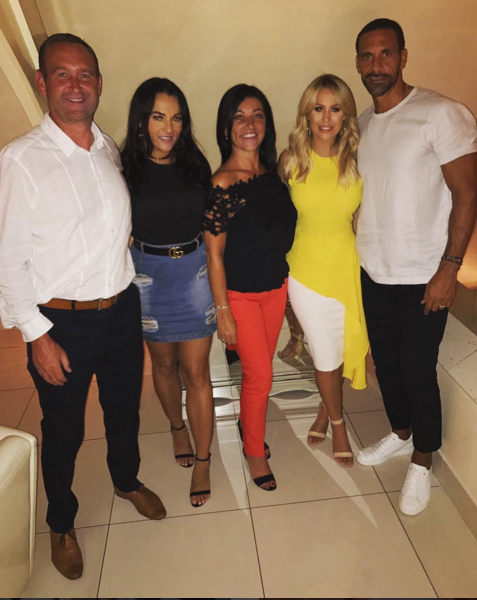 Just a few days before the couple went on the night out, they were spotted hanging out together with Ferdinand's daughter Tia in London.

Kate and Rio have been alleged to be dating since January 2017, but they never spoke anything regarding their affair. However, it seems like they don't really bother to hide their relationship anymore as they have been making public appearances together a lot.

They made a first public appearance in early July where Kate and Rio were seen having a bite and drinks together. After that, the couple was seen enjoying the date night in a sushi restaurant Roka in Canary Wharf. 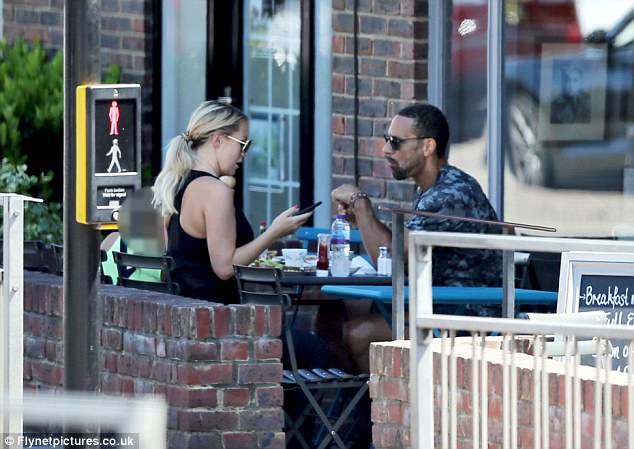 Talking about their relationship, The Sun reported:

'They looked very comfortable, like a couple who’ve known each other a while. Rio looked quite pensive, and very conscious of looking after his daughter and Kate was helping.'

Who is Rio Ferdinand?

Rio Ferdinand is a 1978 born former professional footballer. At present, he is a commentator for BT Sport. Ferdinand is considered as one of the best English footballers of all time.

Response to #BeingMumandDad was so inspiring & overwhelming…I am now writing a book about my journey... Tough thing to write but hope it will help others going through similar loss. It’s out in October… but you can pre-order now from Amazon Waterstones WHSmith or Tesco #RioBook

Watch Rio Ferdinand appears to confirm tryst with TOWIE star Kate Wright as he is spotted leaving her house:

Despite the loss of a loving person, Ferdinand is going strong in his life. He is raising his kids pretty well. Moreover, the arrival of Kate in his life might have eased things a bit as well. Since Kate is often seen hanging out with Ferdinand's kids, we believe that she has maintained a healthy relationship with them.