Supermodel Kate Upton is every man’s fantasy - if she was one of yours then here’s a sad news for you. Baseballer Justin Verlander is the lucky guy who gets to fulfill his fantasy as he officially made Upton off the market. Yes, you read it right. Upton is engaged to Detroit Tiger member Verlander.

Even though Verlander has the hottest fiancé, here’s a sad news. Verlander doesn’t get to have sex with her before or after the game. The personal matter was revealed by Upton herself.

Find out the details:

Upton attended the US chat show ‘Watch What Happens Live with Andy Cohen’ on 22nd February 2017. That is when a fan asked her about sex life. She revealed that she doesn’t get any sex before Verlander has a big game, ‘absolutely not’. She also added that she doesn’t like having sex with him after he plays too well in a game.

“What I’ve just found out is, if he plays too well, there’s no sex after, either. What a buzzkill for me.”

We bet Verlander has a tough time resisting someone as hot as Upton.

Verlander’s affair with Upton began in late 2011. The pair got engaged in 2016. They kept their engagement news low-key until the 2016 Mett Gala. She appeared with a wedding ring on her hand, on the red carpet. That is when Upton surprised everyone.

She gave a slight hint about her new relationship. She revealed that her excitement level is really high and Verlander proposed her just before his season started. She looked really happy to show off her huge rock to the world after hiding it for quite a while. 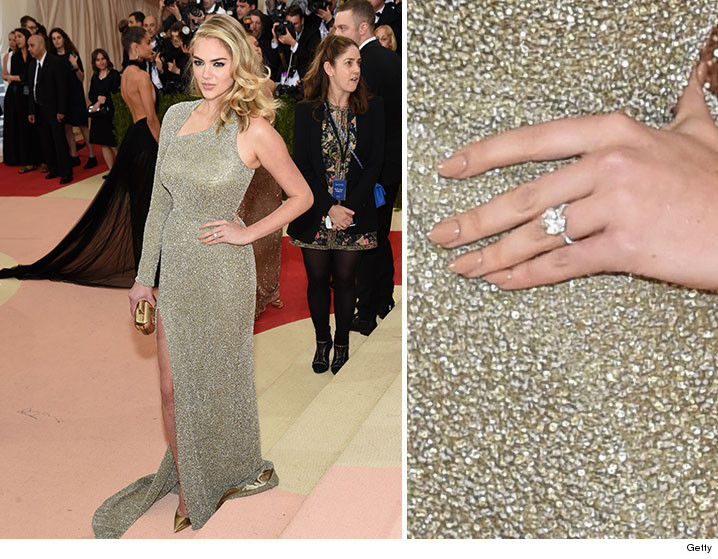 Kate Upton and her engagement ring

Secret of Kate Upton and his fiance Justin Verlander relationship

Even though the pair dated for four years and have been engaged for a year, they seem to be in no rush to tie the knot. Upton claimed that she and her fiancé are enjoying the engagement period.

If you’re wondering about the adorable couple’s secret of a healthy relationship, then here’s the answer by Upton herself.

"For us, we always try and work on our communication. We're very open with one another and we're each others best friends. He's definitely my best friend, so I think that helps a lot."

Justin and I are so excited to be sponsoring Mac's training with @k9sforwarriors ! @spcafl rescued and healed Mac and now Mac will be doing the same for our veterans ?? ??????#grandslamadoption #adoptrescueheal #winsforwarriors @justinverlander

Apart from the before and after the game sex, we bet the couple’s sex life is pretty amazing as it plays an important role in a healthy relationship. They show no hints of separation.

We hope that they get enough life from their engagement period and exchange vows really soon. We can’t wait for the amazing couple’s wedding. Best of Luck!!