Frostsnow https://frostsnow.com/
Home Gossip Karlie Kloss and Josh Kushner Rumored Break Up, Are they still Together? Know in Details

Karlie Kloss and Josh Kushner Rumored Break Up, Are they still Together? Know in Details The recent update on Karlie Kloss and her boyfriend Josh Kushner relationship shocked their fandom. The rumor of the couple's break-up is one of the things that is hard to digest for their fans as the couple shared a romantic relationship for five years.

Karlie and her boyfriend, Josh who is the younger brother of Jared Kushner(husband of Ivanka Trump), started dating each other in 2012, and all these years the couple were there for each other all along, but after the rumors of their breakup, people wonder whether the lovely couple has really pulled out of their relationship? Or is it just a rumor? 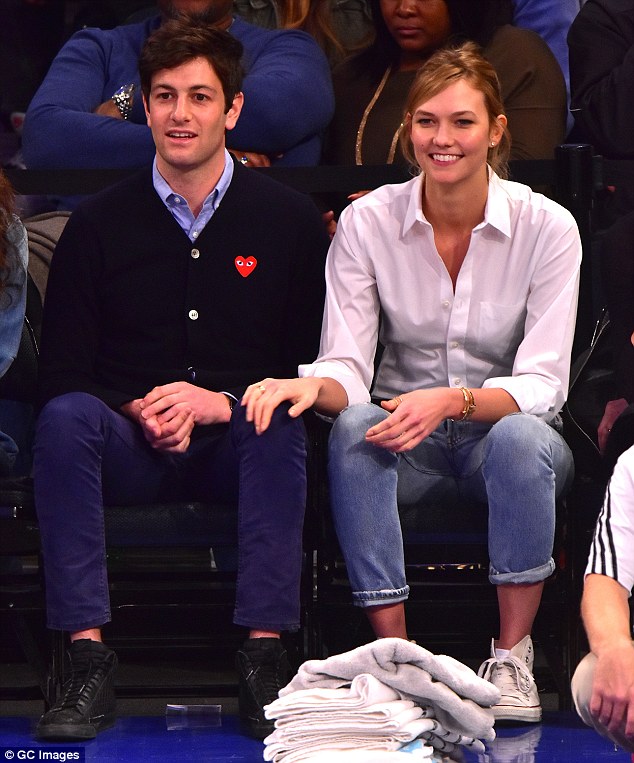 So, let's find out in details about the current relationship status of the couple here in Frostsnow.

Karlie Kloss and her Boyfriend Josh Kushner Break Up Rumors

The rumors of Karlie and her boyfriend Josh aired after the co-founder of Oscar Health, Josh missed his girlfriend, Karlie's 25th birthday party in August, celebrated at Delilah in West Hollywood, Calif.

Actress/singer Gwyneth Paltrow and Nick Brown, who share a friend zone with Karlie attended the birthday celebration. Gwyneth also shared a picture back from the celebration via Instagram with the caption,

"Sparklers @nickbrown and @karliekloss HAPPY BIRTHDAYS MY LOVES " along with few emojis.

Karlie smiled at the celebration, but the absence of her boyfriend was felt by the Chicago, Illinois-born American actress. And many of the people believed that Karlie felt of less importance in Josh's life though being his girlfriend for five years.

A source told the Page Six,

He makes his own schedule, but he wasn’t there

It is up to Josh why he couldn't attend his girlfriend's birthday party, but he hasn't opened up regarding his absence. So, has the couple really broke up after the birthday issue?

Has Karlie and her boyfriend Josh called their relationship a quit after five years of dating?

The private reporters of Karlie and Josh stated to the Page Six after the birthday issue. They told,

Though the couple is going low in public with their relationship, there's a good news for their fans. Page Six's junior shaman Richard Johnson shared the news that the couple is heading for a vacation. He told that,

I hear they are upstate together, or were this weekend, or something, so maybe everything is O.K.!

It should be a relief for the duo fans. Ups and downs do come in a relationship, but one should have belief in their partner to maintain a healthy relationship, isn't it?

For more updates on your favorite celeb keep on visiting Frostsnow.