Long before the election in November 2015, Justin Trudeau gained much fame among his citizenry for being a charming and lovable politician. After the elections, Trudeau gained spotlight wherein his family was also included. Only then, we came to know that the Canadian Prime Minister is the coolest father to his three children, loving husband to his beautiful wife, and a perfect family guy as a whole.

For more than 11 years, Justin Trudeau has been happily married to Sophie Grégoire Trudeau. This lovely duo has been nurturing three lovely children on their own, and they reside in the historical Georgian Revival home “Rideau Cottage” located on the grounds of Rideau Hall in Ottawa, Ontario.

JUSTIN AND SOPHIE FIRST MET WHEN THEY WERE KIDS

The current Canadian Prime Minister Justin Trudeau and his wife Sophie Grégoire Trudeau first met when they were both children growing up in Montreal. Grégoire was a classmate and childhood friend of the youngest son of Prime Minister Pierre Trudeau, Michel (Justin is the eldest son).

But the duo only reconnected when they were adults. Sophie is involved in charity work and public speaking, focusing mainly on women's issues. So coincidentally, in June 2003, Justin and Sophie were assigned to co-host a charity ball. 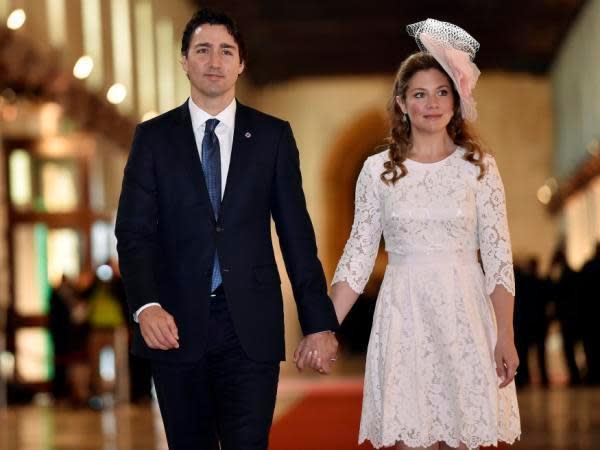 They began dating several months later and got engaged in October 2004. The wedding took place on May 28, 2005, in a Catholic ceremony at Montreal's Sainte-Madeleine d'Outremont Church.

THEY HAVE THREE CHILDREN

Justin Trudeau, 44, and Sophie Grégoire, 41, gave birth to their first child two years after their marriage. Their first born son was named Xavier James Trudeau (born October 18, 2007). Then on February 5, 2009, the couple was blessed with a daughter, Ella-Grace Margaret Trudeau.

Hadrien Grégoire Trudeau, their third and last child (as of yet) was born on February 28, 2014. The family resides in the luxurious two-level, 22-room Georgian Revival Rideau Cottage. Before Trudeau became the leader of the Liberal Party of Canada, the couple had a house in Montreal's Côte-des-Neiges neighborhood. But they later sold it and began living in a rented home in the Rockcliffe Park area of Ottawa.

THERE HAD BEEN SOME DIVORCE RUMORS

After her husband became a Member of Parliament for Montreal's Papineau riding in 2008, Grégoire had continued to live in their Montreal home with their children, while Trudeau stayed at a hotel in Ottawa during the week.

This had even sparked some divorce rumors. However, the rumors were nothing to do with their actual life and the bond they share. They are one happy family and everyone can see it.