Frostsnow https://frostsnow.com/
Home Gossip Judith Light is Happy With her Husband Robert Desiderio, Know about Their affairs and Relationship

Judith Light is Happy With her Husband Robert Desiderio, Know about Their affairs and Relationship Two times Tony Award winner Judith Light’s career has been very successful. Anyone who is a fan of Light knows how graceful and flawless actress she is. Just like her professional life, Light’s love life is also equally a success. She is married to actor Robert Desiderio since 1985.

Being married for more than 3 decades is not everyone’s cup of tea. Moreover, if you are a renowned celebrity exposed to stardom, it’s quite tough to save a marriage for even a few years. But, Light and Desiderio have proved that when the love is true, nothing can go wrong.

Judith Light first met Robert Desiderio on the set of ABC’s daytime soap opera, ‘One Life to Live’. They were co-stars back then. They began dating soon after that and later transformed their love affair into a beautiful marriage.

They tied the knot in January 1985 among family and friends. 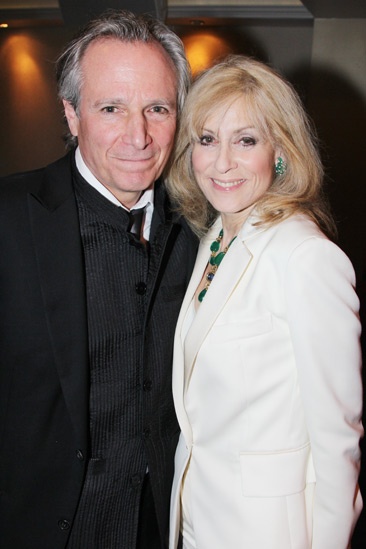 Although it has been 32 years of Light and Desiderio’s togetherness, the pair seem to be in as much love as they were in the beginning. They show no signs of separation or divorce.

Judith Light and Robert Desiderio secret to a long-lasting marriage

You might be wondering how they are doing it. Well, Judith Light revealed the secret to her healthy marriage in an interview.

She said that her longtime managers are a happy couple who have been together for ages and she looks and them and takes them as her model.

Video: Judith Light talks about her most memorable moment in 'One Life to Live'

Judith who has worked with Ana Ortiz and Vanessa Williams in Ugly Betty, also said that if you have somebody that you model yourself after if you see what works and then you apply it to your own relationship and that’s really one of the keys to a healthy marriage.

Even though the pair have married for so many years, they don’t have any children. A close source revealed that Judith Light chose not to be a mother because of her busy schedule.

Since both Light and her husband, Roberto Desiderio are happy in their lives without kids, we don’t think that having a kid will make their relationship as intact.

Robert and I way back when!!

Light hasn’t been in any kind of relationships other than with her husband Desiderio. The pair’s relationship can be taken as a goal by a lot of married couples.

What is Judith Light age?

When did she get married to husband Robert Desiderio?

She married her husband Robert Desiderio in 1985 and they are pretty happy in their relationship. Robert is an actor by profession.