Frostsnow https://frostsnow.com/
Home Gossip Jordan Hinson is Single or Married? Is she Dating? Know about her affairs and Relationship

Jordan Hinson is Single or Married? Is she Dating? Know about her affairs and Relationship The 25 years old Jordan Hinson seems to be in a relationship with a mystery man. She has been posting pictures of him all over Instagram. Although the news isn't made official, we think that she is dating this hot hunk as her Instagram is filled with the couple's picture.

The America actress Hinson is famous for her role in NBC's series Eureka. Eureka was nominated for the Outstanding Visual Effects for a Series in Emmy Awards back in 2007. Hinson featured as Zoe Carter in the show.

Jordan Hinson has been giving relationship advice with her two other friends through their page Apocalypstick. And we are here to discuss the advisor Jordan Hinson's relationship. If you follow Jordan Hinson Instagram, then you must be aware of her romantic life with her partner whose name isn't revealed yet. As from the pictures we are pretty sure that she is enjoying her time with the Ryan Gosling lookalike charming guy.

It is for sure that Jordan Hinson is not single. Hinson who is 25 years old has been updating her Instagram profile with her pictures with a mystery man. Hinson has not mentioned the name of the guy, but we must say that they look lovely together.

Pretending to be young again.

I swear we don't plan it but yes it's annoying.

Nothing but romance and class in this relationship.

I think we got all the right steps.

Don't they look adorable, of course, they do. The couple is for sure having a great time. As from the pictures we can see them enjoying each other's company. We are making this point through their Instagram the pictures speaks for itself.

Also Read: Girl Meets World: Rowan Blanchard Opens Up about her Sexuality; Know about her Affairs and Dating

Hinson's past relationships and affairs

Their is not a record of her past relationships. Her affairs before her current boyfriend is a mystery. As we mentioned that she is in a relationship, but it seems like it hasn't been long she started dating the mystery guy.

Hinson is originally from El-Paso, Texas. She moved to Los Angeles, California and started her acting career. Hinson appeared in dozens of commercials. Then later in 2005, she made her debut role in the Disney Channel Original Movie Go Figure. 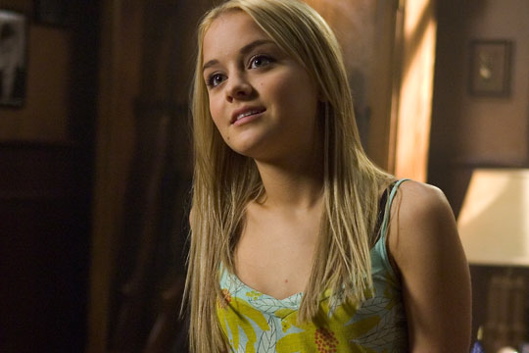 Her other appearances in the TV includes Hanna Montana, Dirt, CSI: Miami, Hank, Eureka and has also done couples of TV films. She is best known for her role as Zoe Carter on the TV Series Eureka.

Besides this, she also featured on the big screen in the Films Dumping Ground, Glass House, Bunker, The California No, Encounter and many others. We wish this gorgeously talented Hinson all the best for her future.