John Travolta and Wife Kelly Preston's Split Rumors: What's The Truth? All About Their Love Life John Joseph Travolta, a.k.a. John Travolta, is an actor, dancer, singer and filmmaker/ producer based in the United States. He is currently married to his wife Kelly Preston, an actress and a former model. The duo has been married for the past 26 years. However, they have been through a lot, and there have been reports about Kelly leaving her husband.

Born on 18th Feb 1954, the 64-year-old actor has been active in the industry since 1972 and is a proud owner some prestigious awards like a Golden Globe Award.

Nevertheless, here, we are not talking about his career rather his love life. Continue reading to find out more about his marital life with wife Kelly Preston, their children, and their rumored split.

She broke up with Sheen in 1990, a year after they started dating because he shot her in the arm during an argument.

After her split with Sheen, she started bonding with Travolta and both of them being believers of Scientology, they shared a lot in common which resulted in them dating.

The duo got engaged just 5 months after they started dating in 1991 and a year and a half into their affair, they decided to tie the knot on 5th September 1991.

Their wedding took place in Paris' Hotel de Crillon and no doubt it was a star-studded ceremony. Both being a deep follower of Scientology, their wedding was officiated by a Scientologist minister. However, later they found out that their wedding was not official so, they got married again on 12th September 1991, in Florida.

After a year of tying the knot, the couple gave birth to their first child Jett. He was born on 13th April 1992 but unfortunately, he was diagnosed with Kawasaki disease at the age of 2 and in 2008, when he was just 16, he died during the family's Christmas vacation in the Bahamas. According to reports, he died after he suffered seizures and hit his head on the bathtub.

Moving on to their children, their second child Ella Bleu was born on 3rd April 2000. She is currently 17-years-old. On 23rd November 2010, they had their third child together named Benjamin Hunter Kaleo who is now 7-years-old. 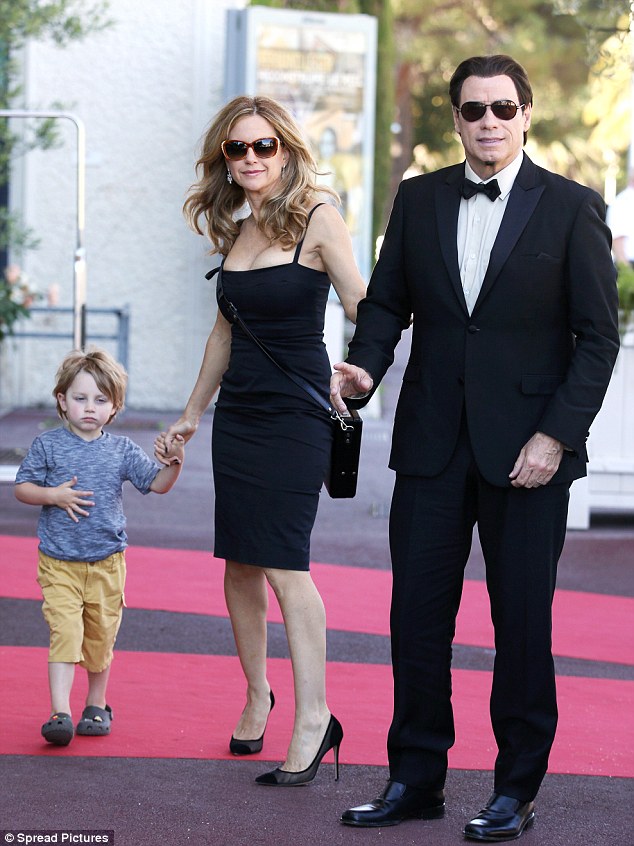 It has been 26 years since the couple got married and have been together for 27 years which is amazing. It is very hard for couples in Hollywood to last even a year as a married couple but with their almost 3-decade long marriage, they have shown that it is possible.

However, there have been many rumors about the couple splitting with each other. Find out more.

Are John Travolta and Kelly Preston splitting after 26 years of marriage?

Despite their almost 3-decade long marriage, the couple seems to be having problems. The couple's relationship is clumsy and on the verge of breaking. Many reports have claimed that Kelly is fed up with John and wants to leave him.

One insider even shared, 'Kelly’s sick of being the loyal wife – every time she feels like they’ve gotten through a rough patch, something else comes up.'

Moreover, the main reason of their split has been highlighted to be the death of their eldest son which really took a toll on them and their relationship.

Watch John Travolta talk about his son's death and Scientology

Adding to the pain of losing their son, John has also gotten into many controversies about his sexuality. Back in 2014, one of his pilots claimed that he was in a gay relationship with the actor for six-years and even filed a lawsuit. But John shut the lawsuit down by claiming that it was motivated by greed.

This is not it, the actor has gotten involved in numerous sexual assaults and battery especially towards other men.

Despite all the sources claiming that the couple is all set to split, neither of them have spoken about it. It seems they are not even bothered by all the headlines about their relationship.

They are still acting very strong and are uploading pictures of each other on social sharing how much they love each other.