The American actor John Phillip Stamos who announced his engagement on October 23 recently got married to his pregnant wife Caitlin McHugh. Jonh and his wife Caitlin got married on February 3 this year at Stamos Beverly Hills, California.

John's wife Caitlin revealed about her pregnancy in December. She was seen with her baby bump at the SAG Awards on January 21. The producer of Fuller House and the American actress have been in a relationship since 2016.

John and his wife Caitlin

John proposed his pregnant wife for marriage in October 2017 at Disneyland and shortly after two months, the couple revealed the news about the pregnancy as reported by Us Weekly. Also, the shocking news is that the couple got robbed a day before their marriage as the jewelry for the wedding was reported stolen.

The 54 years old actor tied a knot with his wife Mchugh at Beverly Hills home last weekend. Stamos with his pregnant wife looked stunning on the day along with their family and friends. The groom was suited up and the lovely bride was in a strapless gown at the reception which took place in Stamos's backyard. 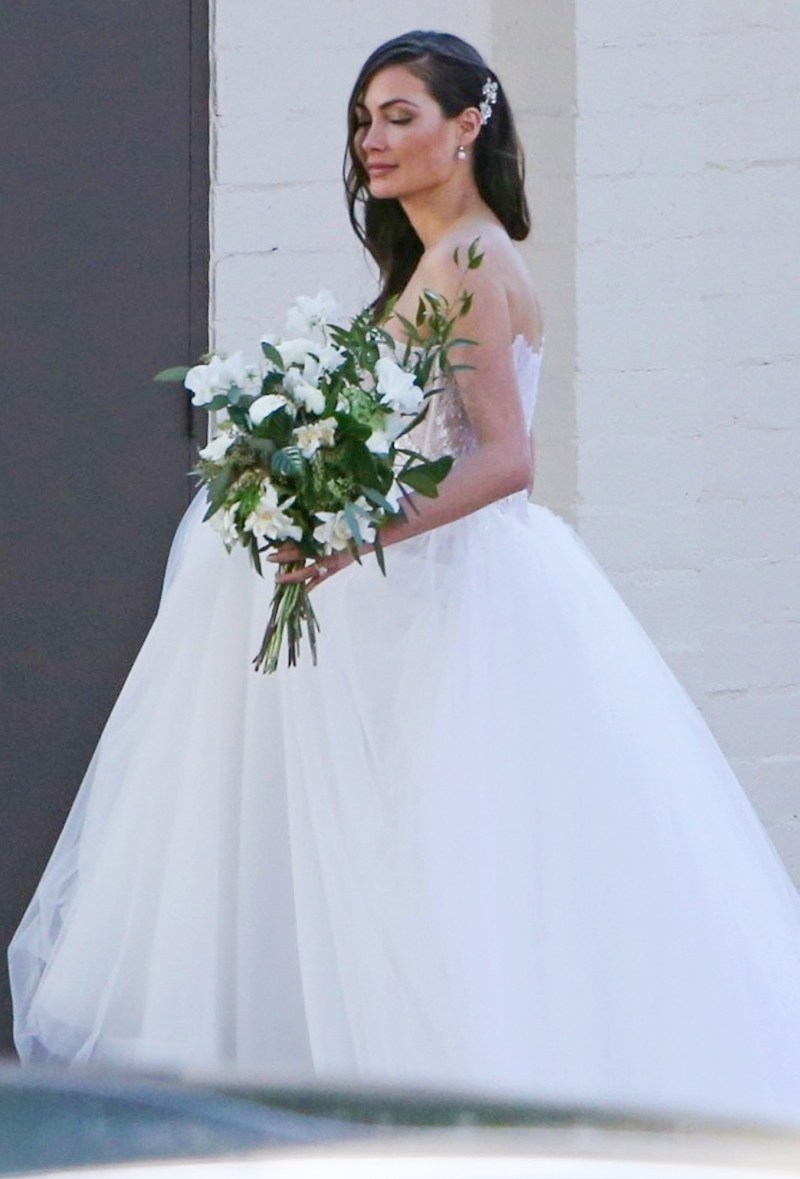 The couple had their romantic fairytale engagement at the Disneyland in October, just a couple of months before they unveiled the pregnancy. Soon to be father Stamos mentioned to the Entertainment Tonight that,

“I know my parents are smiling down. I know they would love her. She’s a gentle, kind, graceful soul who would be a good mother.”

Stamos must be the happiest man at the time as he mentioned that he always wanted to be a father and start a family with the right women and was waiting for the right time to put together his plans as he mentioned to the Us Weekly.

The couple was photographed together at the SAG Awards as his wife was with the baby bump and Stamos seem delighted to be with his wife and was showing his love and gratitude towards her and the baby during the red carpet walk.

John Stamos got Robbed: before the wedding.

John, who is expecting a baby with his wife Caitlin had their wedding last weekend at his own home but an incident happened just a days before their wedding. They got robbed and lost several items of Jewelry.

John and his wife Caitlin

John's wife McHugh who was staying at the Beverly Hills Hotel found out about the robbery on Friday evenings after she returned to the hotel room for dinner according to TMZ.

According to the statement given by the couple, the burglar wrapped the jewelry items worth $165,000 which were from the Neil Lane collection and was loaned for the wedding. The investigation found out that there were no signs of forced entry, and no suspects have been reported so far.

Back in 1994, McHugh's husband John was in a relationship with the former fashion model Rebecca Romijn with whom he got married in 1998. John and his ex-wife Rebecca met each other at Victoria's Secret fashion show as Rebecca was modeling for the show.

The former couple started dating and after three years, they got engaged on Chrismas Eve 1997. Later the next year in September, John got married to his ex-wife Rebecca at the Beverly Hills hotel.

The couple was in a relationship for over 5 years and in 2004, they filed for a divorce which got finalized in March 2005. John and his ex-wife do not have any children together.