John Isner Engaged to his Long-Time Girlfriend Madison McKinley: Know about their Relationship American tennis player John Robert Isner, aka John Isner, is now engaged to his long-time girlfriend Madison McKinley,  a jewelry designer. The couple started dating back in 2011, and since then they have had a steady relationship without any controversy and breakup rumors.

Today, we are going to give you exclusive information about John Isner and his fiancee Madison McKinley. Stay with us to know more.

Many speculated that the engagement news, of the couple who had given no hint of tying the knot in 6 years of their relationship, was nothing but a rumor. 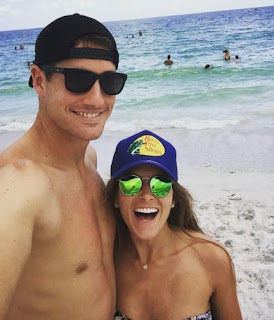 John Isner and his girlfriend, McKinley

But, as it turned out, the news was true. Mckinley even posted a picture on Instagram on June 26 to announce her engagement with Isner.

She posted two photos on her social media site. In one photo the couple was all smiles and in the other Mckinley was showing off her ring. "This man has me from the first time we shared a glass of water at the pub six years ago. Our hearts are so full and I can't wait to see what the rest of our lives bring us!! He is stuck with me!! @johnrisner #isaidyes #finally," she wrote.

This man had me from the first time we shared a glass of water at the pub six years ago. Our hearts are so full and I can't wait to see what the rest of our lives bring us!! He is stuck with me!! @johnrisner #isaidyes #finally

Their Instagram was filled with nothing but love from their fans who were congratulating them for the good news.

Madison and John first started dating in 2011. Some sources claim that the two first met at a fundraiser event for the Justin Gimelstob Children's Foundation. However, Madison's Instagram post shared a different story of them meeting for the first time at a pub.

Apart from being a partner, McKinley also seems to be the biggest fan of John.She supports him and cheers him up when he is playing. 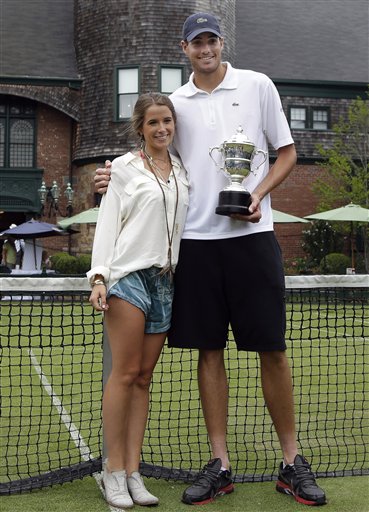 John Robert and his fiancee Madison

In today's world, where relationships fail at the blink of an eye,  John and Madison seem to be an exception rather than the rule. 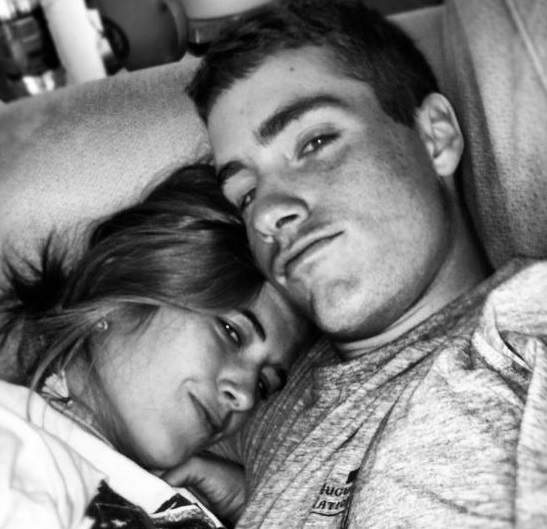 But this does not mean that they have made compromises in their professional lives. John is one of the leading professional tennis players of his time while Madison is enjoying her designer's profession.

Isner seems to be as committed to his professional life as he is to his private one. Plus, having a girl who supports you in every step is surely a blessing.

Let's hope this happy couple will always stay happy without any complications.