Joe Swash and his Girlfriend Stacey Solomon Engaged,Know about their Love Affairs and Relationship Every year, over 2.3 million pairs get tied in a marital relationship. The two celebrity couple Joe Swash and Stacey Solomon are also all set to put their name on that list.

Yes! You read that right, guys. They are now engaged. Well, it might be heart-wrenching for a lot of their fans while some might be happy and excited at the same time.

Maybe you are too wondering to know more about the couple's love life. In this section, you will get all the details you are looking for. So, let's get started. Just stay with us.

Joe Swash And Stacey Solomon All Set To Get Married: Flaunts The Engagement Ring

The X Factor actor Stacey Solomon recently sparked a rumor that she is taking her relationship with her long-time boyfriend Joe Swash to the next level.

The rumor began swirling in the media after a video of her freshly painted nail was shared on Instagram. However, instead of her nail, it was her diamond ring that grasped more attention. And since then her engagement with the EastEnders star, Joe Swash began to swirl.

Here's that Instagram video she posted. Have a look at it.

When you get your nails done and you love them so much you're just resting them in front of people and stroking your face in a weird way to show them off ???????? @ellievbeautymakeup

However, when asked if she is engaged, in an interview, she completely denied it saying:

I'm not engaged. I just got a manicure and washed my hands and just slipped the ring on that finger because it's skinnier,

It’s funny because when you’re not engaged you don’t even think about it…We’ve only been together 18 months. In what reality do people get engaged after 18 months? 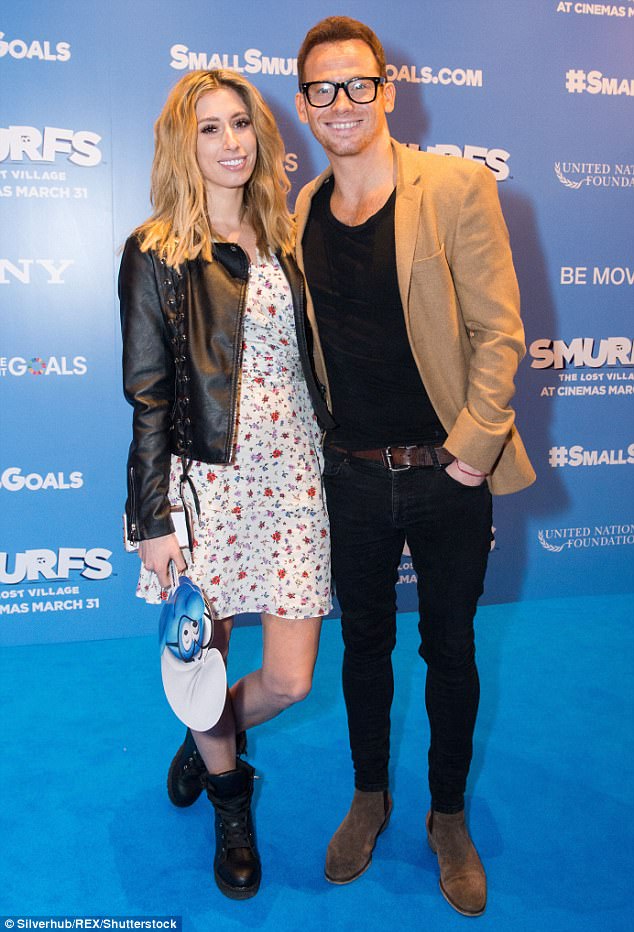 The couple had their first meeting in 2010 when Joe was presenting the show I’m A Celebrity and Stacey was the guest on the show. However, they didn't start dating until 2015.  It took a while for Stacey to announce her affair with former EastEnders actor Joe.

Later, Stacy Solomon was caught on a romantic gateway at Champneys Henlow Health Spa where they had united for Joe’s 34th birthday. Here's the Instagram post of that day. Check it out.

I have had the lovliest most relaxing day at @champneysspas I feel like a new women! Woo such a lucky girl! Thank you so much!??????????????

Let us tell you one more interesting thing about Stacy. She is also a mother of two children and both of their sons namely Zachary Solomon and Leighton are from her previous relationship which she never talks about.

We wish all the very best to all of them and hope they make a beautiful family together and we hope they never have to face any difficulties. For more updates, stay tuned with Frostsnow.