Frostsnow https://frostsnow.com/
Home Gossip Joe Jonas accepts he is dating & has a girlfriend but isn't in a hurry to get married & be a father DNCE frontman Joe Jonas is currently dating. The 27-year-old singer broke the heart of many girls when he accepted himself that he has a girlfriend. However, he is not ready to get married or have children as he wants to focus on his career at the moment.

Joe Jonas' opinion about getting married

During an interview with US Weekly this august, Jonas revealed his little secret. He said, “I’m dating, but nothing serious. I'm really trying to just focus on myself and the music. Overall, I'm doing me right now and I think that's important."

Jonas came back in 2015 with his new form band DNCE after his former band ‘The Jonas Brother’ officially broke up. Thus, his decision of focusing more on his career seems to be a fair enough.

In the same interview, he further admitted that he is not getting married anytime sooner.
He says, "I just watch my brother and the bags under his eyes for the last year — him and his wife — and I'm like, ‘You know what? I don't think I'm there yet.' And I gotta find a girl first …" 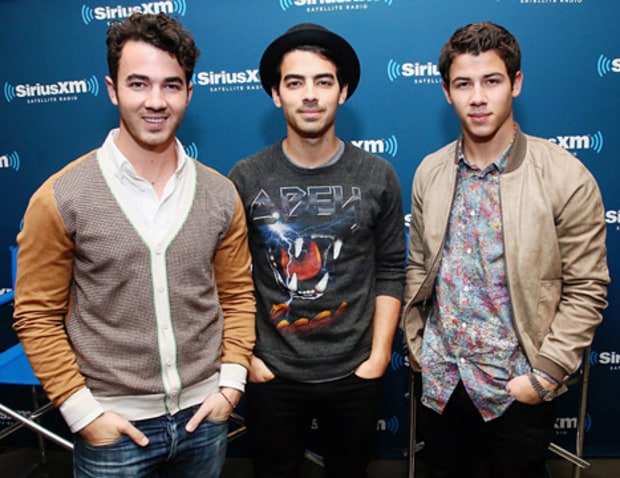 Image: Joe with his brothers, Kevin and Nick Jonas

Well, Joe has already found a girl, but he admitted himself that it’s nothing serious. Hence, he does not want to get married because he believes he is not ready for parenthood, and he has not found the wife-material girl yet.

Talking about Joe’s last popular relationship, he dated model, Gigi Hadid. They broke up in November 2015 after five months together. The actual reason for this couple’s breakup is unknown. According to sources, they broke up because of their busy schedule. Even after the breakup, Hadid and Jonas appear to be very good friends.
After his break up with Hadid, Jonas has been spotted with two other women. In February 2016, Jonas was seen with Juliana Herz, a Costa Rican model. After that, this duo was spotted a couple of times hanging out together. Besides her, Joe was also spotted with Eileen Kelly, an Instagram star. However, there is no distinct information that either of these two is Joe’s new girlfriend. In fact, when he admitted that he is dating, he did not reveal his new lady’s name.

Image: Joe Jonas with some of his ex-girlfriends

What is Joe Jonas doing at present?

At present, Jonas is very busy with his band, DNCE. Their first album will officially be out in October. This might be the reason why he does not want any of the focus to shift towards his girlfriend or love affair.