Jodie Whittaker Married Christian Contreras; Living Happily Together as Husband and Wife since 2008 The new Doctor Who's role went to actress Jodie Whittaker. Whittaker will be portraying the very famous character in December during the show's Christmas Special. Just to let you know, Whittaker is the 13th Doctor of the series since its first release in 1963.

With such huge announcement, Whittaker became successful in drawing a lot of attention. Many people want to know if the actress is married or not, Well, the answer is that Whittaker is married. If you wanna know who the lucky guy is, keep reading:

English actress Jodie Whittaker is happily married to American actor Christian Contreras. The pair tied the knot in 2008 and have been together since then. As per sources, the couple dated for a couple of years before getting hitched.

In an interview in the past, Jodie once had revealed that her wedding took place in Arizona and it was an attention-seeking kind of wedding.

Many high-profile celebrities and guests attended their wedding; so it won't be wrong to claim that their wedding is a lavish one!

SEE: Peter Capaldi was the second choice for the role of Doctor Who behind an unnamed black actor

Although Whittaker doesn't really enjoy discussing her personal life, she doesn't feel like keeping her marital status mysterious. Jodie says that the fact that she is married to her husband Christian is already on Wikipedia, so she doesn't want to deny it.

The 36-year-old actress first met her spouse in Drama School. Apart from this information, Whittaker chose not to talk much about it. She says that talking about relationships lets people into stuff, which is quite true! 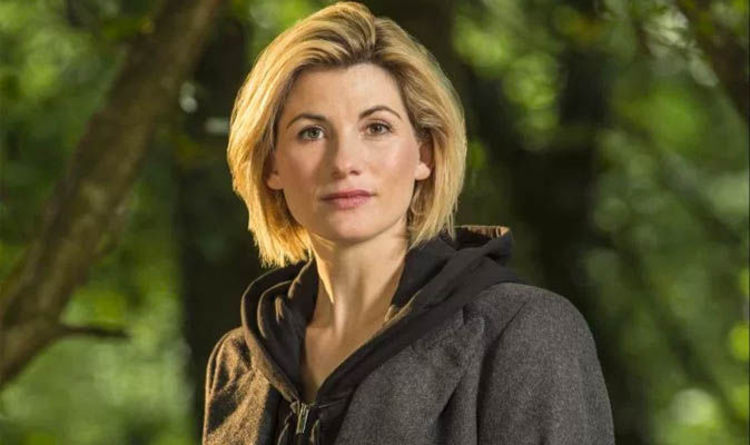 The adorable couple became parents for the first time in 2015 after they welcomed their child together. However, they have chosen not to reveal any information related to their baby, not even his name.

Why Jodie Whittaker is not present in social networking sites?

Whittaker is not active on social media. Irish Times reported her words as she said that she had to demand Twitter to shut down a Jodie Whittaker account that was pretending to be her. She explained:

“I’m not on Facebook for that reason. I find it a bit odd that acting comes with people knowing things about you that sometimes only your best mates know. I find it strange that you’re expected to share it with millions of people you’ve never met.”

It is a good thing to know that keeping the marriage private has done well to Jodie Whittaker's relationship with her husband, Christian Contreras. Despite being married for so many years, the couple is still going strong with their kid as there are no divorce rumors about the pair.