Frostsnow https://frostsnow.com/
Home Gossip Joanne Nosuchinsky had a few boyfriends previously but is she married now? Or is she dating?

Joanne Nosuchinsky had a few boyfriends previously but is she married now? Or is she dating? Being on that entire level of awesome but still single? Well, no. After a couple of previous break ups, looks like our beauty has finally found her prince charming.

With numerous photos of the duo together, Joanne Nosuchinsky has been dating her boyfriend Douglas Goodhart since May 2015. Goodhart is the lead singer of the super soul group, Douglas, and the Goodharts. He is the lead vocalist and guitarist of the band. The band is currently based in New York.

Nosuchinsky and Goodhart seem to be having the time of their lives dating each other. Being the huge online and on-screen personality that she is, Nosuchinsky shares a good deal of her personal affair with her online fans. She has over 54.6 k followers on Twitter and 21.5 k followers on Instagram.

She only has lovely nicknames for her "guy".

I can't believe it's been 1year. I love you @jonosuchinsky

She had even tweeted about a lunch date with her ex-boyfriend. But that was before she started dating Goodhart.

Had dinner with an ex-boyfriend tonight. (since he doesn't have twitter, I can say this) Nice to reconnect with someone who knew you when.

With everything seemingly going great with the duo of the beauty and the artist, fans and followers can only hope to be hearing the good news soon. Maybe Nosuchinsky will share the moment when Goodhart drops on one knee. She might probably live stream the whole thing. That may be a little far-fetched imagination, but who is to say they won’t be enjoying it if that is ever to happen. 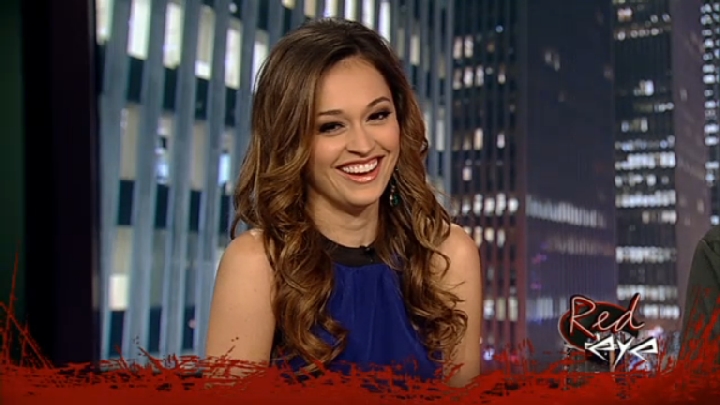 Beauty, brains, a hell lotta spice and everything else that is nice; all these might not be enough to describe the 27-year-old beauty Joanne Nosuchinsky. Miss New York USA 2013 Nosuchinsky is one lady that has got it all, it seems. However, living the life of a gorgeous celebrity has not gotten to her head. She is very humble and moreover, a philanthropic person. She has been involved in various projects to uplift several communities through volunteering and awareness raising programs. CNBC's Trish Regan and husband James A. Ben married without problems since 2001 and have 3 children