Today, we have a great story of togetherness to share with you all! You may even recognize the couple from ‘It’s Always Sunny in Philadelphia’. It’s the show’s star Glenn Howerton and his gorgeous wife, Jill Latiano.

Latiano and Howerton are married since 2009. Although it has been many years of their marital togetherness as a husband and wife, their relationship appears to be going smoothly. An extraordinary love story in Hollywood! They are living happily with their children. Let’s find out more about the couple.

Latiano and Howerton tied the knot on 8th September 2009 in an amazing wedding ceremony. Latiano always wanted her wedding to be romantic, vintage and slight glamorous. She looked lovely in a white gown while her bridesmaid wore a gunmetal grey dress. Similarly, Howerton looked dashing as well. Jill Latiano and Glenn Howerton on their wedding day

Latiano says that she and Howerton often tell each other how lucky they feel to have found one another. That’s why their marriage was based on ‘Lucky in Love’ theme. She also revealed that all the tables had names that symbolized good fortune but her favorite was ‘Rain’. If you are wondering why then here’s the answer:

“In the Hindu tradition, it is believed that rain on the wedding day is good luck, because a wet knot is harder to untie than a dry one”.

Jill Latiano and Glenn Howerton on their wedding day

The pair’s wedding was one of the magical wedding a girl dreams of having. They exchanged vows among guests which included their close friends and family. 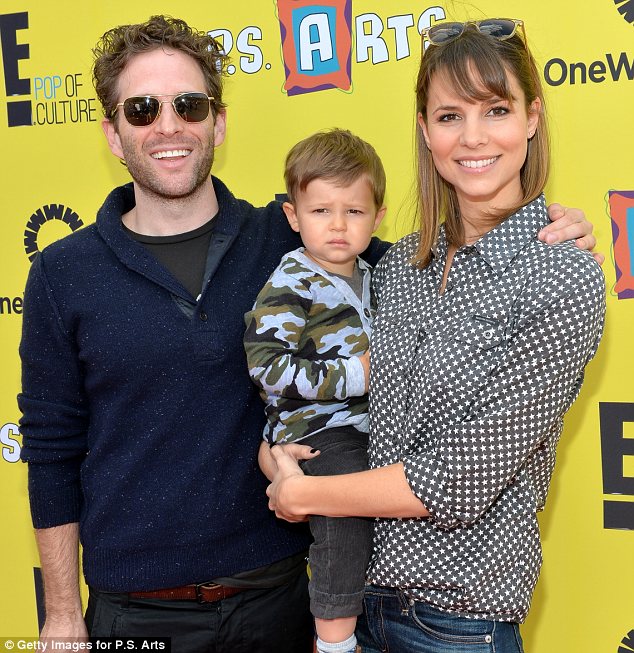 The pair surprised everyone when they announced the arrival of their second child as they had kept Latiano’s pregnancy quite a low-key. The only hint that Howerton gave was on his Twitter. In April he posted a photo of Latiano and captioned: ‘My beautiful pregnant wife’.

Howerton and his wife’s married life is going really well. Now that they have two sons, they feel like a complete family of four. It looks like Howerton and Latiano share a great bond and it seems like their understating level is also very high.

The lovely bond and understanding might be the ultimate secret behind their 7-year-long marriage. Till date, there is no any divorce rumor of the pair, and we hope there won’t be any in the future as well. We wish the adorable couple all the best for the future.