Jesinta Campbell and boyfriend Lance Franklin are Married. Know about their love affair. Jesinta Campbell as of now known as Jesinta Franklin after marrying Lance Franklin is an Australian Model, TV Host and beauty pageant title holder. She represented Australia in Miss Universe 2010 and was placed 2nd runner-up.  Her long-time boyfriend turned husband is a professional Australian rules footballer who plays for the Sydney Swans in the Australian Football League (AFL).

Want to know about how the couple got married? Here we bring to you some insights. Jesinta and Lance, the made for each other couple, exchanged vows in a very private ceremony at Wildenstein Gardens in the Blue Mountains on November 2016 where only their family and close friends got to witness the wedding. A week before they tied the knot Jesinta had denied the rumors about them getting married in an interview with Lisa Wilkson.

Jesinta said,” No, for us, this year for us was focusing on health and happiness and getting through the year.”

Now we all know what she had been planning all this time. We understand that celebrity has a very little private life and maybe they just wanted to enjoy the big day with their close ones, away from all the cameras. They officially announced their marriage through their respective Instagram accounts. According to DailyTelegraph, the couple wrote their own vows and both of them got very emotional when reading it. 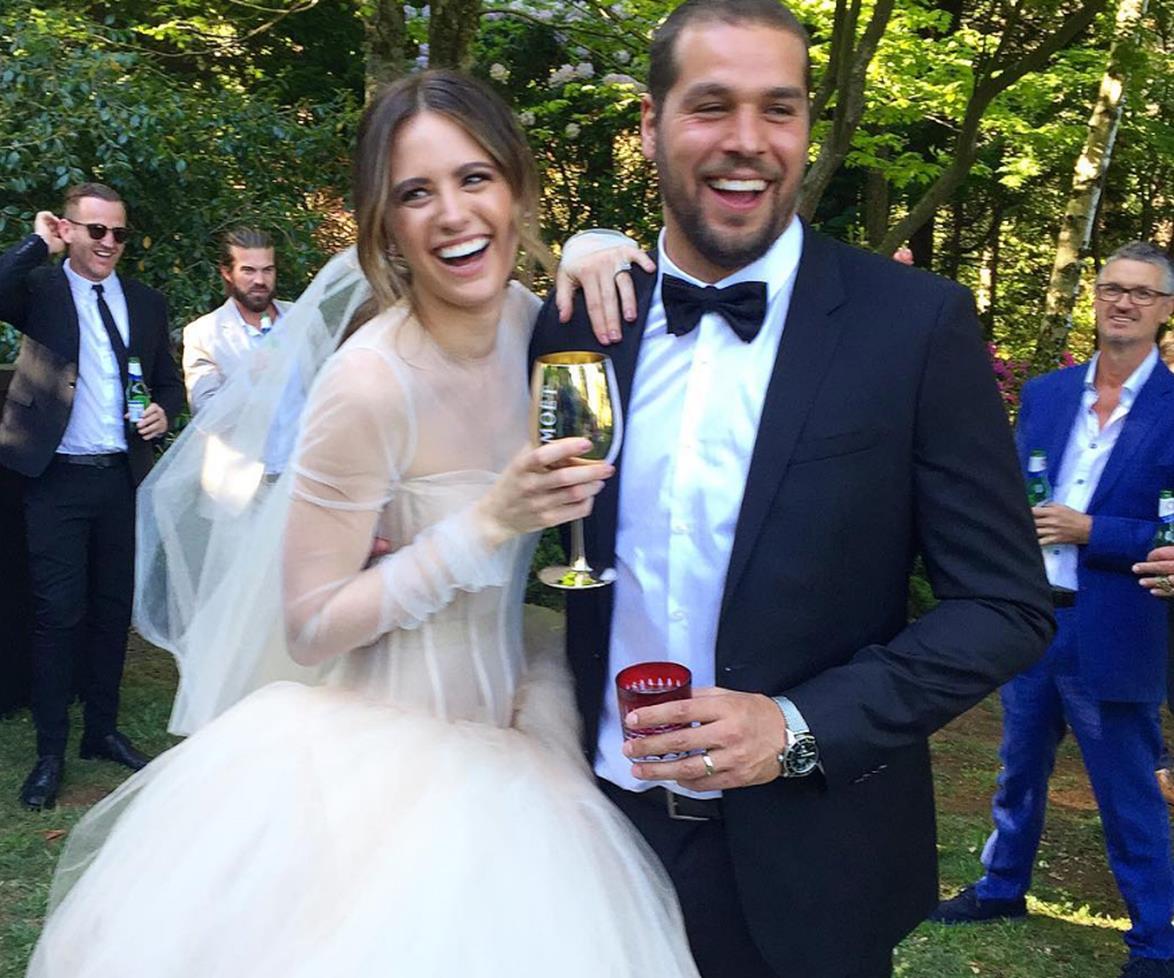 Looking at their photo together, they definitely look like a match made in heaven. Now let’s rewind a bit and take a look at how this couple made it this far. Jesinta and Lance first met in March 2013 and by October 2013 they officially announced themselves as girlfriend and boyfriend.

They made their first public appearance as a pair at the Spring Racing Carnival in Melbourne. Since then they have been spotted on multiple occasions. It looked like they couldn’t keep their hands off each other (so much in love).

In December of 2014 Jesinta and Lance announced their engagement via Instagram. Lance didn’t hesitate to spend money to buy the engagement ring to this beautiful lady which is as much beautiful as her. It is said that Lance bought the ring for about $100,000. Wow, that’s a lot of money to spend on an engagement ring.  However, as long as they are happy it doesn’t matter. Like many other relationships, they also had to face ups and downs. In 2015, Lance suffered from mental illness and epilepsy but like a good fiance Jesinta was there to support him. They turned their problem into an opportunity and this made their bond stronger. Do we even need to tell this? Of course, they are now happily married.

We guess this newly weds are very eager to start a family as reported by Daily Telegraph. She said,“I can’t wait to have a family one day when that is I don’t know.”  She added, “Especially at Christmas time you do think about one day sharing that with your own children and how you are going to create Christmas and make it as special for them as it was for you growing up.”

Lastly, a big congratulation to this newly weds and we wish them a very bright future together.