Jennifer Winget's Unsuccessful Relationship With Karan Singh Grover, Who Is She Dating Currently? After an unsuccessful marital relationship with her ex-husband Karan Singh Grover, one of the most beautiful Indian television personality, Jennifer Winget's current relationship status has become the matter of curiosity for millions.

Jennifer Winget is one of the most renowned television actresses from India who is known for her roles in various television series. She currently appears as Maya Mehrotra in Beyhadh on Sony Entertainment Television.

Her ex-husband, Karan Singh Grover, meanwhile, is an Indian actor and model who known for his work on Indian television series like Dill Mill Gayye and Qubool Hai. He has also appeared in several movies including Alone and Hate Story 3.

There is no doubt that it will fun to learn their story. Just stay with us.

Jennifer Winget's Current Relationship Status: Does She Have A Boyfriend?

After an unsuccessful relationship, the 32-year-old gorgeous actress seems to be uninterested in getting involved in a romantic relationship. However, we often find her posting pictures with her co-star of Beyhadh, Kushal Tandon.

Here's one of those posts, check it out.

Then and Now... One year already! #HowTimeFlies

They have a cute romantic chemistry on screen, but in real life, the pair is not more than friends. Thus, the current relationship status of Jennifer Winget is believed to be single.

In 2009, Karan ended his marital relationship with Shraddha( because of his extramarital affair with Jennifer)  and went on to date Jennifer.

At the time Karan and Jennifer were one of the most talked actor-couples. They often showed their love and affection for each other in public, and they even kissed in front of the media on a few occasions. 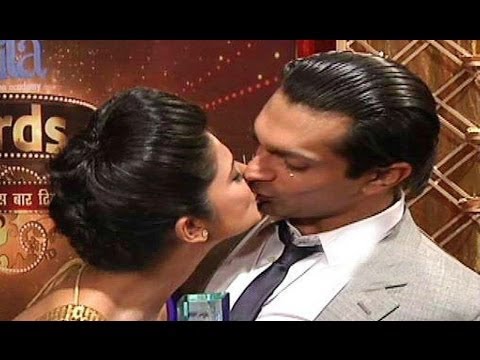 After several years of dating, the couple tied the knot on 9 April 2012 in a beautiful wedding ceremony which was attended by several television stars including their friends and family. Here's a picture of their wedding. Check it out.

Everything was going perfect but, unfortunately, after a couple of years of their marriage, the pair got divorced in November 2014. In regards to their separation, Jennifer tweeted saying she has moved on. Check it out.

After the divorce, Karan got married to Bollywood's renowned actress Bipasha Basu in 2016, while Jennifer is single.

We wish her all the very best for her future and we hope she finds a perfect man soon.